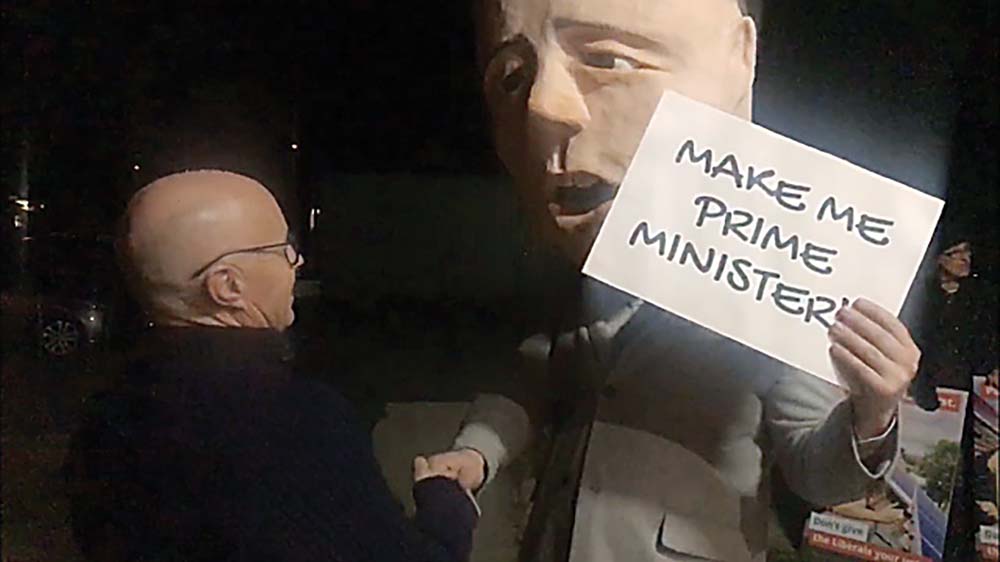 MORNINGTON Peninsula Shire is calling on all Flinders electorate candidates in Saturday’s federal election to commit to spending more money in the shire.

The mayor Cr David Gill says the electorate will benefit if Flinders is seen as a swinging seat.

He says the peninsula has suffered because the seat has been regarded for years as “safe” for the Liberal Party, and consequently ignored by all political parties.

The shire’s involvement in the election (including a full page advertisement in this issue of The News) comes at the same time as a phone poll of 440 voters indicating that Liberal MP Greg Hunt is likely to retain the seat he has held since 2001.

Mr Hunt holds the seat with a margin of more than seven per cent, but the poll taken earlier this month shows this may be cut to as low as four per cent.

Online betting companies have Mr Hunt as the clear favourite to win, but punters are giving the Coalition little chance of regaining government.

The seeming infallibility of the Liberals on the peninsula changed last November when state Labor won the electorate of Nepean, which forms part of the much larger federal seat of Flinders.

The state seats of Mornington and Hastings, held respectively by Liberals David Morris and Neale Burgess, cover the remainder of Flinders.

The Liberals’ loss in Nepean, if translated federally, could account for the drop in support for Mr Hunt recorded by the Lonergan poll conducted 4 and 6 May on behalf of the left-leaning lobby group GetUp.

Although there are nine candidates, Flinders is seen as a three-way contest between Mr Hunt, Labor’s Josh Sinclair and disaffected Liberal-turned-independent MP Julia Banks.

Cr Gill said the shire was approaching all candidates about securing more help for the peninsula, which had “pockets of wealth” as well as low-income towns such as Rosebud and Hastings, areas with high unemployment, poor public transport and lack of investment.

The peninsula had more older people and people with disabilities than almost anywhere else in the nation.

“Take out the fancy houses, wineries and restaurants and you’ll find people with lower than [Australia’s] average incomes and higher numbers of people without jobs,” Cr Gill said.

“If it’s a swinging seat we’ll get more attention as the problems are only getting worse,” he said.

“The peninsula’s underlying problems are not being addressed.”

In its summation of the poll results the NSW-based Lonergan polling company said: “Whether the Labor candidate [Josh Sinclair] or Julia Banks reaches the final two …, Greg Hunt is currently in the lead in this seat. Julia Banks is picking up more votes from the Liberals than any other party, but 30 per cent of her voters are preferencing the Liberals over Labor.”

GetUp said the phone poll showed what its volunteers “are hearing on the ground and during thousands of voter conversations: voters are turning away from Greg Hunt in their droves”.

GetUp says the poll shows “there are more than enough [Liberal voting] deserters to flip the seat”.