Trekking to the roof of the world 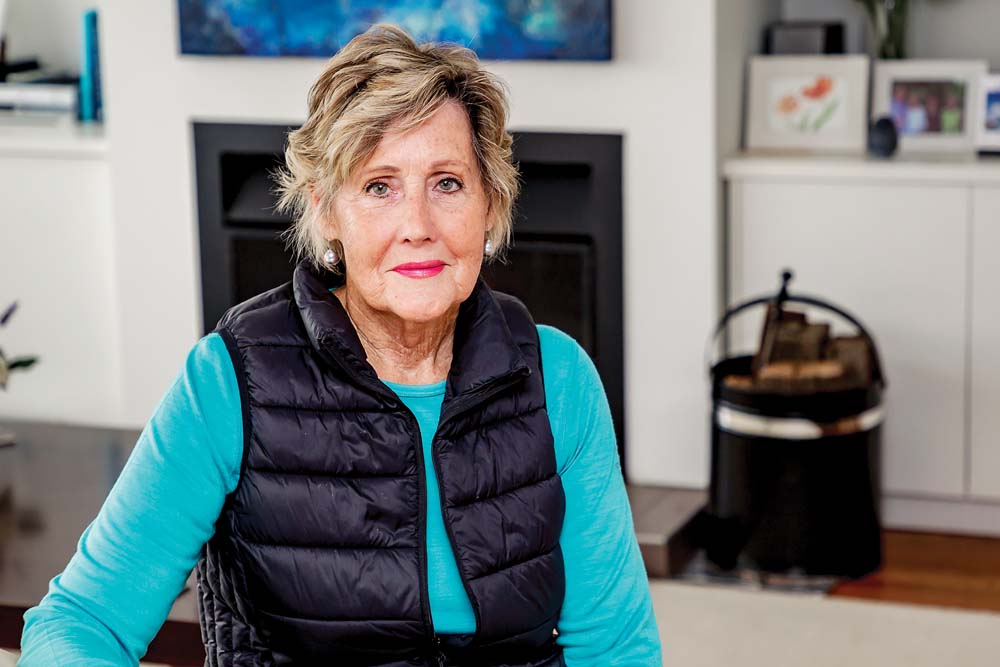 BLAIRGOWRIE’S Helen Talbot says people shouldn’t put limits on their aspirations: “You can do anything if you really try,” she said last week.

It’s an attitude which helped her do the “hardest thing I’ve ever done yet easily the most inspiring” – climb to the base camp of Mt Everest.

Just home after three weeks trekking in Nepal, the 73-year-old is still on a high after the experience during which she was accompanied by her son, Brett, 46, and his daughter Claudine, 15.

The keen walker trained daily doing 5-6 kilometre walks on Arthur’s Seat since January and at New Heights Altitude Training Centre in Dromana for three months to ready herself for the trek to 5500 metres organised by World Expeditions. Age was against her in more ways than one: “I was put through hoops getting approvals,” she said.

“The cut-off age was 70 and I am 73 which caused problems. I took the World Expeditions pamphlet to my doctor at South Coast Medical Centre, an experienced mountaineer, and asked: ‘Do you think I could do that?” “He got right behind me and said ‘yes’.”

In contrast to back home, age had its advantages. “People were coming up to shake my hand and saying they were amazed that I was even attempting to do it,” she said.

“It spurred me on because even the young ones were finding it hard.”

From Kathmandu the trekkers flew six hours to Tenzing-Hillary (or Lukla) Airport – at 2860-metres rated the most dangerous airport in the world for over 20 years – to begin the nine-day trek to base camp.

Walking along muddy tracks for eight or nine hours each day she marvelled at the rugged mountain scenery – “like being on the moon” – with its ice-capped ridges and swing bridges.

“At places we’d stop to acclimatise you could see where there had been landslides,” she said.

“It was spectacular but you had to be sure-footed.”

Ms Talbot got on well with other members of the group. She marvelled at the character of the “gentle and obliging” Sherpas and the power and grace of the yaks carrying equipment for the hordes of Everest-hopefuls at the crowded base camp.

“There must have been 250-300 climbers from all over the world because May is the most suitable time to climb. There were many more support staff all living at a tiny yellow-tent city, so maybe 1500 people up there.”

Base camp reached, Ms Talbot’s group then turned around and began the easy five-day return trek downhill and, ultimately, home.

Looking back, she has only fond memories of her proudest achievement. “It was certainly the highlight of my life,” she said.