Blackhawks down in Tyabb 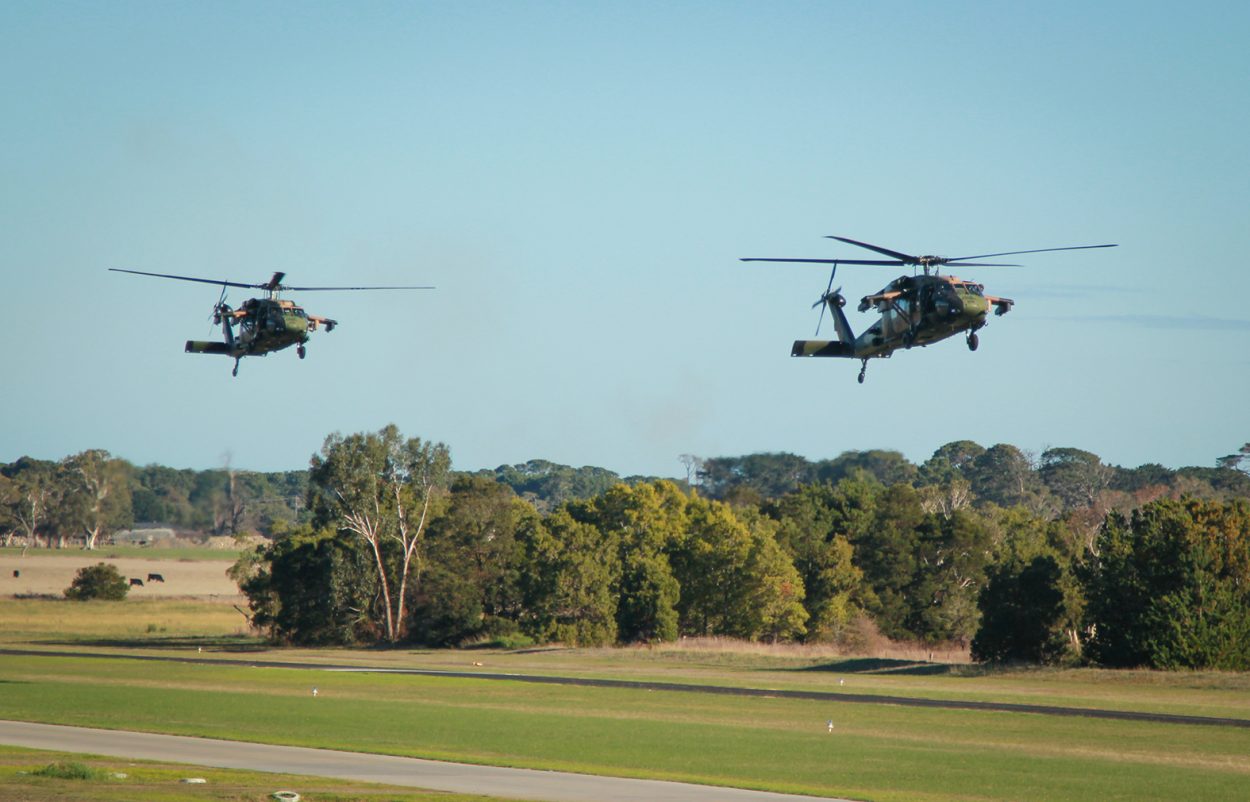 It was part of an ADF counter-terrorism training program being held around Melbourne and Hobart in mid-to-late May 2019.

The helicopters landed at Peninsula Aero Club around 3pm, before taking off, flying a circuit, and landing a second time.

At least one recreational plane had to perform a “fly around” while the runway was occupied by the military machines.

The Australian Defence Force have released a statement saying that “training will be conducted during the day and night and involves responses to simulated terrorist scenarios at civilian venues and transport hubs.

“The public should not be alarmed if they see or hear military helicopters, watercraft and vehicles, and military personnel carrying weapons and using blank or paint gunfire.

“Noise disturbances are minimised by the choice of flying routes, boat transits and activity locations, wherever possible.

“People who see the training should not be concerned that any of the locations are under any form of actual threat.

“Training such as this helps ensure Australia remains among the best counter-terrorism response capabilities in the world”.

The president of the Peninsula Aero Club, Jack Vevers, witnessed the arrival today.

“The aero club is always delighted to be of assistance to all emergency service aircraft, and we are very happy to be of service to the Australian Defence Force today,” said Mr Vevers.

“It is hoped that the training we have played a small part in assisting today will keep all Australians safe. Now and in the future.”