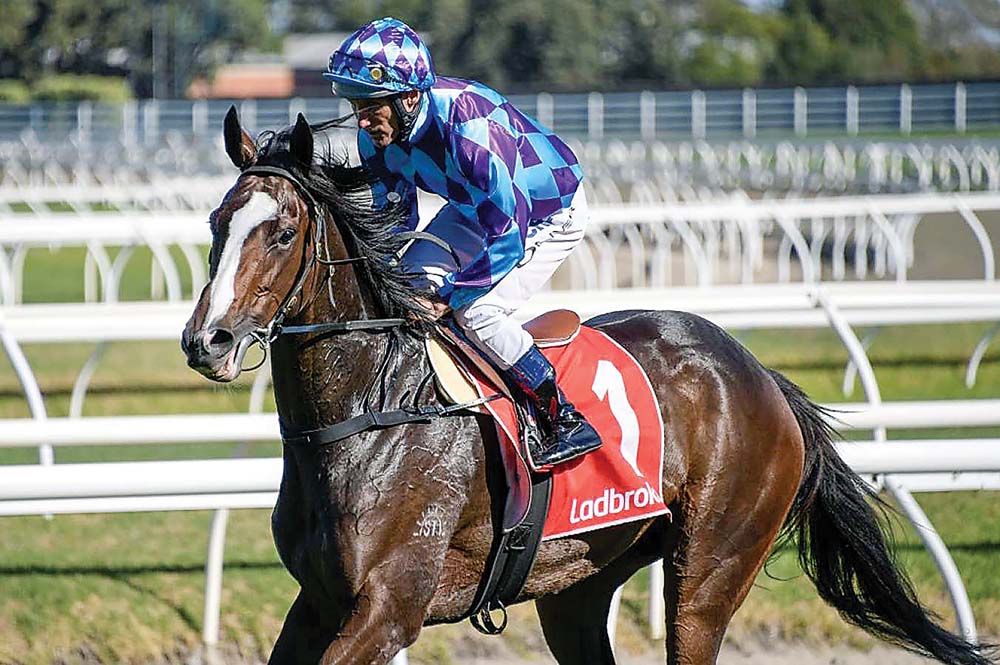 Racing NSW stewards issued the charges against Brideoake on Wednesday 5 June in relation to the late withdrawal of the Brideoake-trained Princess Jenni from the Adrian Knox Stakes at Randwick on Saturday 6 April.

Princess Jenni, who was unplaced in the Group One Queensland Oaks on Saturday 1 June after a tough win in the Group One Schweppes Oakes a month earlier, was withdrawn from the Adrian Knox Stakes after stewards noted an unusual and unexplained lump on the filly’s neck.

Brideoake told stewards during a raceday treatment inquiry at Randwick on Saturday 6 April, that the horse had been on a drip through a catheter on the Thursday before being floated to Sydney and Anthony Cummings’ stables. But he said the only needles administered to his horses are via registered vets.

“That’s a hard and fast rule,” Brideoake told stewards, before the inquiry was adjourned. “I’ve been training for 25 years and I’m an anti-cheater. I could possibly be on your side of the bench.”

The charges put forward by Racing NSW stewards are:

Charge one: AR 254 Injections prohibited at certain times. (1) A person must not, without the permission of the Stewards: (a) inject; (b) cause to be injected; (c) attempt to inject; or (d) be a party to the injection or attempted injection of, a horse engaged to run in any race: (i) at any time on the day of the scheduled race and prior to the start of that race; and/or (ii) at any time during the 1 clear day prior to 12.00am on the day of the scheduled race.

(2) If a person breaches subrule (1), or the Stewards reasonably suspect that such a breach has been committed, they may order the scratching of the horse from the relevant race.

(3) If a person breaches subrule (1), but the horse competes in the race, the horse may be disqualified from the race.

(4) For the purposes of this rule: (a) ‘inject’ includes, but is not limited to, the insertion of a hypodermic needle into a horse; (b) it is not necessary to establish whether any substance was injected, or the nature of any substance injected.

The particulars of the charge:

Mr Brideoake did, without the permission of the Stewards, inject and/or caused to be injected the horse Princess Jenni between approximately 7:45am and 11:58am on 6 April 2019, the day of and prior to Race 3, TAB Adrian Knox Stakes conducted at Royal Randwick Racecourse on that day.

Charge two: AR 249 Administration of medication on raceday. (1) Notwithstanding the provisions set out in Schedule 1, Part 2, Division 2, a person must not, without the permission of the Stewards: (a) administer; or (b) cause to be administered, any medication to a horse at any time on raceday prior to the commencement of a race in which the horse is engaged to race.

(2) If a person breaches subrule (1), a disqualification for a period of not less than 6 months must be imposed, unless there is a finding that a special circumstance exists, in which case that penalty may be reduced.

(3) The Stewards may order that a horse which has received a medication in breach of subrule (1) be scratched from a race engagement.

The particulars of the charge:

Mr Brideoake did, without the permission of the Stewards, administer and/or caused to be administered medication the horse Princess Jenni between approximately 7:45am and 11:58am on 6 April 2019 the day of and prior to Race 3, TAB Adrian Knox Stakes conducted at Royal Randwick Racecourse on that day.