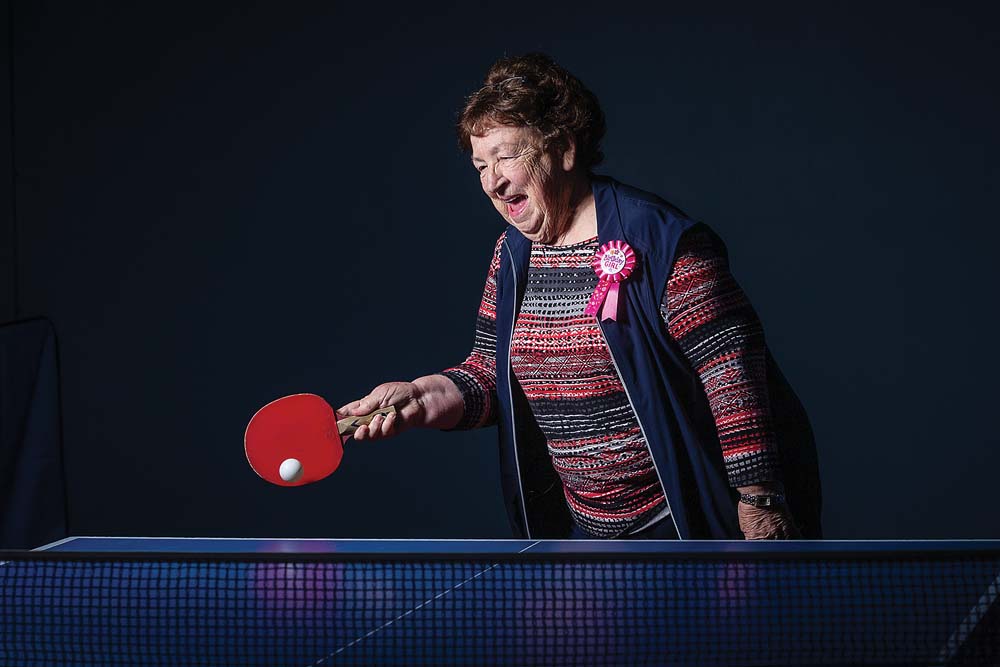 The Somerville resident has been a keen member of the Mornington Table Tennis over 40s group for the past 20 years.

“Table tennis is a wonderful social activity and I’ve made lots of friends here,” she said. “We have coffee and a chat and can relax and have fun.”

Ms Burgess, who fought against breast cancer in 1989, said one of the benefits of the one-on-one sport was “breaking the ice” in social situations.

“It’s easy to talk to people when you are playing against them whereas, if you met them on the street, you could be a little stand-offish,” she said.

Ms Burge said her husband, Len, was a big supporter of her three-hour table tennis sessions at the Mornington Civic Centre. “It’s so invigorating,” she said, adding that other activities to spin-off from the table tennis included walking and travel groups.

Ms Burgess is a woman of other talents, too: She is an award-winning artist with a host of prizes and high commendations, including winning the Sunbury Major Art Award in 1979 and the Sir Arthur Streeton Award in 1983. Her paintings have been bought by major art galleries, libraries, arts councils and colleges, including Australia House, London.

Her works are cherished by private collectors in 16 countries and have featured in editions of Australian Artist Today and her biography is in Artists and Galleries of Australia and New Zealand.

But, for now, table tennis – and companionship at the civic centre – is her major focus: “I just love coming here,” she said.