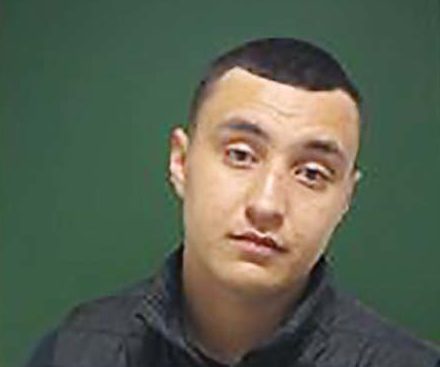 He is wanted following the death of 44-year-old Bonbeach man Ricky Thompson after the pair was involved in an argument in the car park of a hotel on Springvale Road, 3.35am. Thompson was stabbed in the incident and died in hospital next day.

It’s believed the men knew each other.

Manuel is known to frequent the Frankston area, although police are keen to hear from anyone who thinks he may be elsewhere.

“We think Manuel has gone to ground and I would strongly reiterate that if he is being harboured by someone, then that person risks committing a serious offence as well,” Detective Inspector Andrew Stamper, of the Homicide Squad, said.

“There will be people out there who know where Alex is – that could be family, friends or other associates – and we are calling on them to do the right thing and come forward.

“We are also calling on Alex to make contact with police who are actively searching for him. It is only a matter of time before we catch up with him.”

Manuel is described as 180cm tall with a medium build, blue eyes, short dark hair and an olive complexion.

Anyone who sees him is urged not to approach but to call triple zero immediately.

Anyone with information is urged to contact Crime Stoppers on 1800 333 000 or submit a confidential crime report at crimestoppersvic.com.au