Time and tide running out for jet-ski hoons 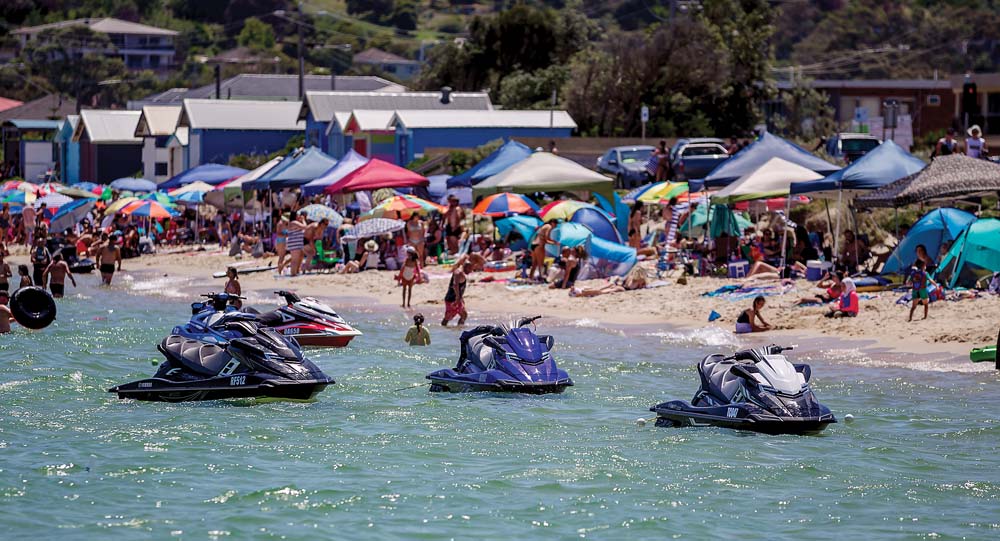 THE tide is turning against jet-ski hoons who face curbs on their antics at popular bay beaches.

Mornington Peninsula Shire Council wants Maritime Safety Victoria to bring in tough new laws, possibly by this summer, to toughen rules on the water craft and possibly ban them from popular swimming areas such as Rye, The Pillars, Mt Martha and Safety Beach, as well as limit them to specific zones well away from swimmers.

Other rules would ban them from mooring off beaches and at jetties and require riders to be aged over 18. CCTV cameras would be used to monitor errant behaviour.

The possible new rules being sought by the shire acknowledge that jet-skis are causing serious safety risks to beachgoers and the marine environment.

The council’s strong stance at its 25 June meeting echoes community concerns about jet-ski use and the need for tougher regulations and improved safety measures to better protect the community.

“The communities in towns such as Rye affected by the jet-ski volume, safety risk and noise, have made it very clear they want jet-skis controlled,” Rye Community Group Alliance’s Mechelle Cheers said.

“The council is now doing its bit to represent the views of peninsula communities, so it’s way beyond time for the Andrews government to act without any more procrastination.”

The council voted to adopt an advocacy paper that calls on the state government to “immediately address safety concerns in relation to personal watercraft usage”.