The Hose family and the Tyabb Football Netball Club 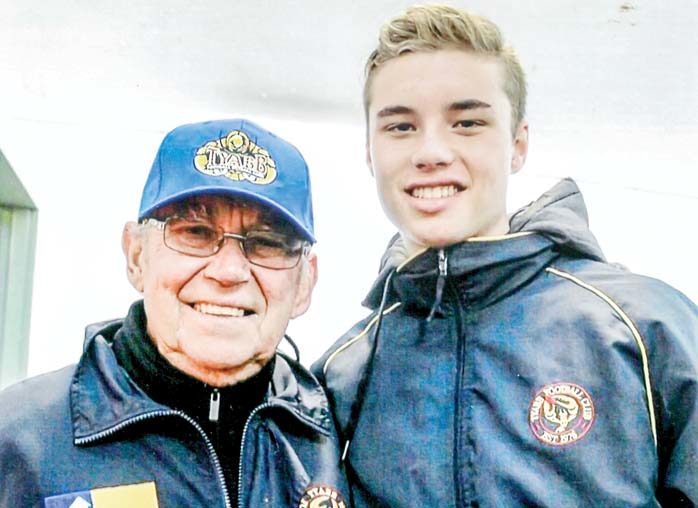 THE edition of Western Port News dated 30 August, 2011 told of the enormous contribution made to the Tyabb Football Netball Club by the Hose family: parents, Neil and Joyce, and their four sons, Darren, Brett, Fraser, and Mathew. It seemed at the time that an era had ended: Mat had announced his retirement after 252 senior games which included six club best-and-fairests. Together with 1 Reserve game and 41 in the Under 19’s, this brought his tally to 294 club games. Our report stated: “Overall the four Hose boys played together in the senior team on 19 occasions. Between them they played 872 games for Tyabb and kicked 727 goals. Next season (i.e. 2012) will be the first time that the Tyabb senior team has not had a Hose on the team sheet since 1987.”

But had an era ended? Well, there may have been a bit of a lull, but the presence of the Hose family at the Tyabb Football Netball Club is once again very evident. A visit to the recent match against Langwarrin revealed how the past eight years have played out.

NEIL. The patriarch of the family continued to serve on the committee for a number of years and is still maintaining his interest in the club as Team Manager of the Under 19’s. He and Joyce are as enthusiastic supporters of the club as ever, particularly now that the next generation of Hose boys is beginning to make an impression.

MAT. The youngest son of Neil and Joyce, having announced his retirement in 2011, took a break for three years other than a game or two of Super Rules. However in 2015 he returned to Tyabb as coach of the Reserves and the urge to pull on the boots again was just too strong. Although his coaching stint concluded last year, Mat played on this year in the Reserves. The match against Langwarrin took his number of Reserves games from 1 to 47 and his total number of games played with Tyabb to 340. This broke the record, previously held by Scott Pickersgill, of number of games played for Tyabb. Apart from his games with Tyabb, Mat played with the Dandenong Stingrays for two years, and then played 26 games with the Frankston Dolphins.   Although the word ‘retirement’ was mentioned after the Langwarrin match, the prevailing view seemed to be ‘we’ve heard that before.’

It should also be mentioned that as well as making a contribution on the field, Mat is also on the committee and holds the position of Vice President.

WILL.  Darren’s son, Will, was 10 at the time of our last account and playing with the Under 11’s at Mt. Martha. He transferred to Tyabb in 2018, winning the club best-and-fairest in the Under 19’s and the Game Face ‘Player of the Year’ for Division 2. Now 6’ 3” (190 cm) he has been promoted to the senior team this year, playing on the wing.

THOMAS and PATRICK. The remaining Hose boys of the next generation are sons of Mat. They are now 12 and 10 respectively and, if their grandmother, Joyce, is any judge, they are showing plenty of promise with junior teams at South Mornington. No doubt they, too, will find their way to Tyabb in the future.

SARAH. In the 2011 article a fleeting reference was made to Mat’s wife, Sarah. It stated that “..she played for Tyabb in the 2010 A grade netball grand final and was runner-up for the best-and-fairest in the league.” With hindsight, this did not do justice to Sarah’s record. She has continued to play with Tyabb and has taken the court on 164 occasions which is also a club record. Although now captain of the B grade team, she was a member of the A grade premiership teams of 2010, 2014 and 2015, winning the club best-and-fairest in 2014.

With the creation of the South Eastern Women’s Football League in 2016, Sarah decided to join the Tyabb team and was a member when they won the 2017 premiership.

Finally, like husband Mat, Sarah is contributing off the field as well and has been the Secretary of the Tyabb Football Netball Club for the past three years.

FOOTNOTE. As in 2011 I would not have been able to compile this story without the assistance of both Neil and the club historian, Doug Dyall.