Honour board brings memories of home 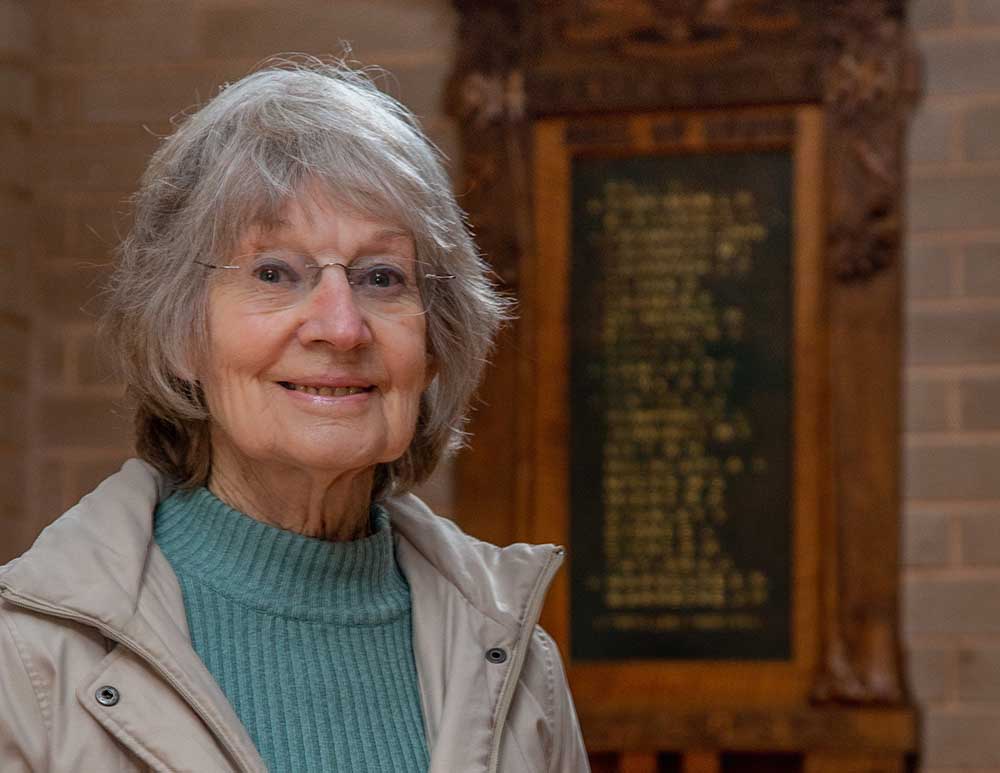 Touring the museum and interpretative centre on Anzac Day he turned a corner only to come face to face with the Balnarring honour board. It looked exactly the same as the one he recalled hanging up in the old Balnarring Mechanics Institute back home.

This new board – a painstaking constructed replica of the original now hanging at Balnarring hall – includes the names of the young men from the district who fought overseas in World War I.

It is a feature of the museum which is adjacent to the Australian War Memorial opened in April last year to commemorate the Australian service men and women who served on the Western Front.

The attendant was unable to tell Mr Wisken how the replica board came to be on display but, curiosity roused, Mr Wisken sent a photo of the board to his parents. They confirmed it was identical to the one at Balnarring.

Balnarring Historical Society’s Ilma Hackett said a replica of the original honour board was made specifically for the Sir John Monash Centre. “The board was selected by the centre’s museum because of its Australian iconography and use of Australian timbers,” she said. Enhancing its credentials was that it was an “indication of the sacrifice of small communities throughout Australia”.

Ms Hackett said the original honour board ordered by the Balnarring Progress Association in 1920 was the work of Robert Prenzel, of South Yarra. “One of the principal factors in its selection was its size and shape,” Ms Hackett said.

“Most honour boards are horizontal and quite large but Balnarring, being a small community, didn’t have a large number of men joining the AIF.

“Balnarring Progress Association originally selected a design from a Cox & Co. catalogue but was told the design of two panels and a scroll wasn’t suitable as there were too few names.

“Cox & Co. suggested an alternate but the association went with a design submitted by Robert Prenzel, of South Yarra, who inscribed the names of 26 men onto a copper panel and carved gumnuts and gum leaves onto the board thought to be mountain ash. At the top is the Rising Sun Anzac emblem and across the bottom the words: “They Went at Duty’s Call”.

Mr Prenzel’s quote for 30 pounds included “delivery to the nearest railway station” which at the time was Bittern. The line didn’t come through Balnarring until 1921.

Money to pay for the original board was raised by Welcome Home functions honouring returning soldiers, and by subscriptions. It was unveiled in the hall in November 1920 by Major Balmain, who lived at Coolart.

The replica board for Villers-Bretonneux was made by Ross Johnstone, who Ms Hackett says is one of the last carpenters in Victoria to make honour boards. He was assisted by Dean Smith, of Environmental Creators, who cast and recreated the original copper plate in silicone.

Mr Johnstone discovered that the original board – which celebrates its centenary next year – is Victorian blackwood fiddleback – and not mountain ash. Blackwood fiddleback timber is said to be rare these days. “He was lucky to find a supply to make the replica board which is exact in every way,” Ms Hackett said.