School has been in for 40 years 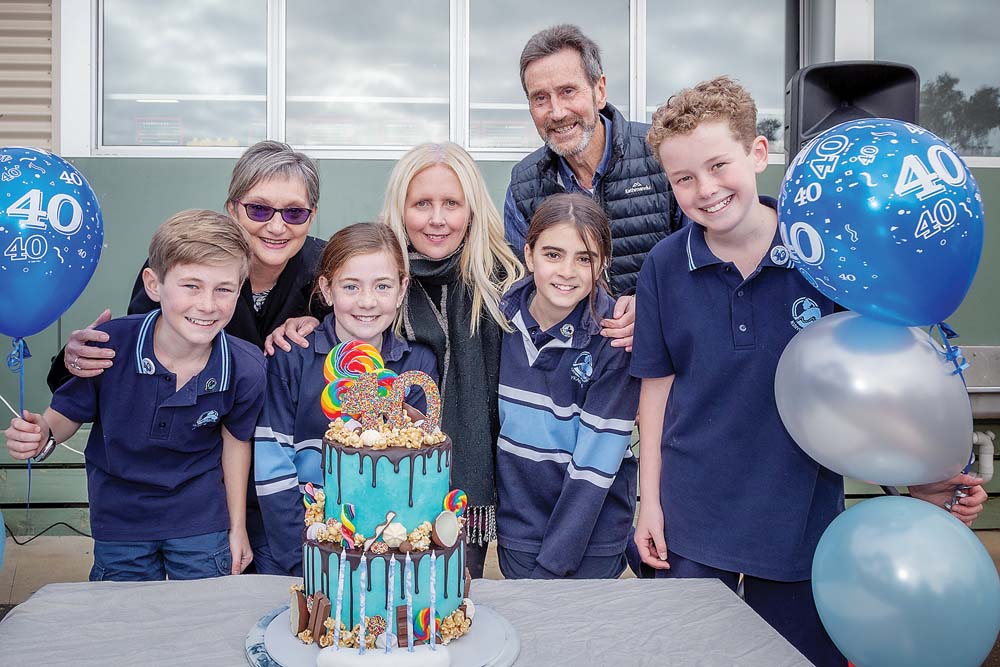 IT was many happy returns for Kunyung Primary School last week when celebrating its 40th anniversary with a big cake and special assembly.

The 780 students and 50 staff were arranged in a “human 40” on the oval to be photographed from overhead by a drone.

Business manager Eleanor Nuttall said the school was to be called Mount Eliza West Primary School when work started in October 1978, but changed its name to Kunyung Primary when its doors opened in February 1979.

Doug Slattery was the first of five principals assisted by two assistants and 10 teachers. They oversaw 301 students in 10 classrooms.