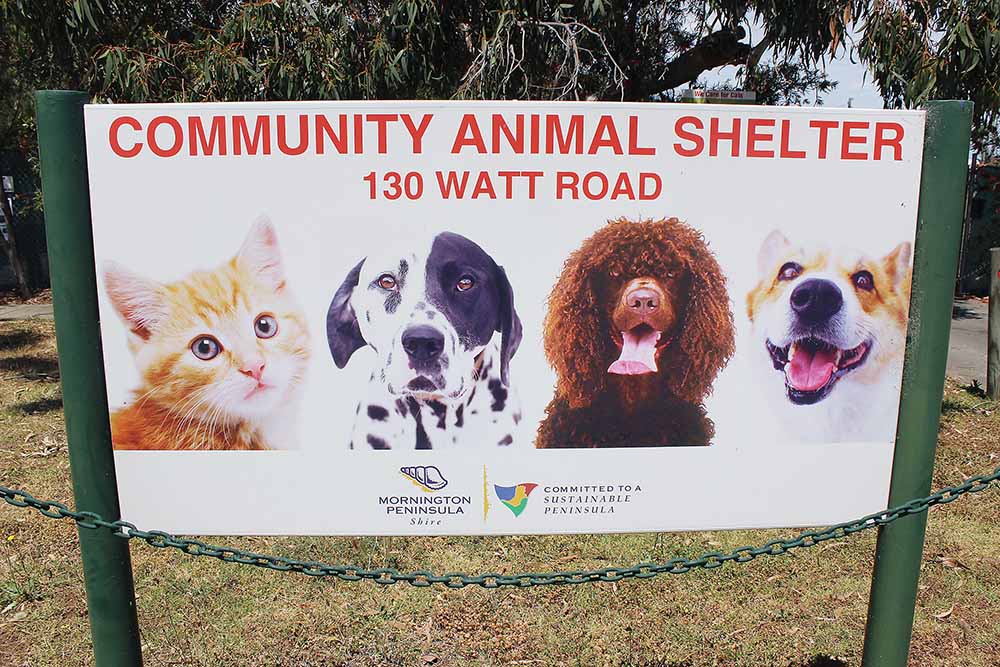 A COMMUNITY group fears more lost pets and stray animals will end up in the pound because vets are not allowed to return them directly to their owners unless they have an agreement with Mornington Peninsula Shire.
Share
Facebook Twitter LinkedIn Pinterest Email

VETS are upset by a push by Mornington Peninsula Shire to sign them up to an agreement setting out what they can do with stray animals.

The non-mandatory 84Y agreement – included in the Domestic Animals Act of Victoria – requires that all cats and dogs found or seized be delivered to an authorised council officer, or to a council-approved organisation, including vets.

If a vet practice has an 84Y agreement with a council it can retain, dispose of, or return cats or dogs to their owners.

Vets without an agreement must hand strays over to the shire. They can be fined if caught checking an animal’s microchip or contacting its owners.

The Save Mornington Pound Pets group says animals taken to the pound are at risk of illness or being euthanised.

The RSPCA, the Australian Veterinary Association Victoria and the Municipal Association of Victoria, say the 84Y agreements between vets and councils improve animal welfare outcomes and reduce costs for councils.

But some vets opposed to the plan say the paperwork involved, and lack of payment for their time and effort, makes the process unworkable.

Vets around the peninsula are concerned that the shire has ignored their views, making them the “fall guys” and being blamed by distressed owners of lost pets.

Victoria Stefani, owner and manager of Mornington Veterinary Clinic, said the council had not provided enough information about the agreement.

“I am still confused as to what we are allowed or not allowed to do in terms of reuniting stray pets with their owners.”

Ms Stefani said she had been unable to arrange a meeting with the head of the shire’s animal department.

“There is a severe lack of communication between pet industry professionals and the shire,” she said.

“I declined to sign this contract on the basis that it would involve a lot of processing of paperwork for our staff in remaining compliant with council regulations,” she said.

“Council would not remunerate us for this paperwork. We would be allowed to charge the owner of the dog for this professional time, but we do not feel this would be seen in good light by the community, particularly as the owner of the lost dog would still be served with a dog-at-large fine by the council.”

She felt pet owners would be disappointed in them for effectively “dobbing them in” to the council.

By refusing to sign up for the 84Y agreement, the Bentons Road clinic is prohibited from scanning animals for microchips. This means the two to three strays handed in each fortnight will now have to be sent directly to the council pound rather than being returned to their owners.

“I understand [the shire wants] to maintain records of animal management, but there are many instances of dogs simply escaping properties when frightened by sudden noises, or gates being accidentally left open,” Dr Halls said.

“I believe that returning the pet [home] quickly would be the best outcome in many cases, but the council regulations are inflexible.”

Westernport Vet Hastings co-owner Matthew Ray said his practice had been told it could no longer check pets for microchips or return pets to their owners because it did not have an 84Y agreement with the council.

Mr Ray said he could be fined $792 if he returned a lost dog or cat to its owner.

The shire’s environment protection manager John Rankine said although 84Y agreements had been around for some years, the council had in December 2018 decided to discuss them with vets.

The shire disputes claims it charges owners release fees if their pet is returned to them by a vet with at 84Y agreement.

However, several practices confirmed that dogs returned home by vets with 84Y agreements had received $242 fines from the council.

Mr Ray said even when vets had 84Y agreements with the shire about half of the strays coming to them ended up at the pound, causing “great distress to both the animals and their owners”.

Rosy Fischer of Save Mornington Pound Pets said the push towards 84Y agreements was the latest in a string of harsher enforcements by the council. “I feel that in the past year things have become worse for pets in the council. The council is far tougher in issuing fines with a major focus on revenue raising at the expense of pets.”

The Australian Veterinary Association said it had lobbied the government before the November state election to amend section 84D of the Domestic Animals Act to allow vets to reunite microchipped animals with their owners.

“The major parties agreed to amend this legislation and, a recent meeting between AVA and Agriculture Minister Jaclyn Symes, advised that this would happen in early 2020,” the statement said.

Entering an 84Y agreement is not mandatory under state legislation, and Animal Welfare Victoria does not undertake compliance activities in relation to the agreements.