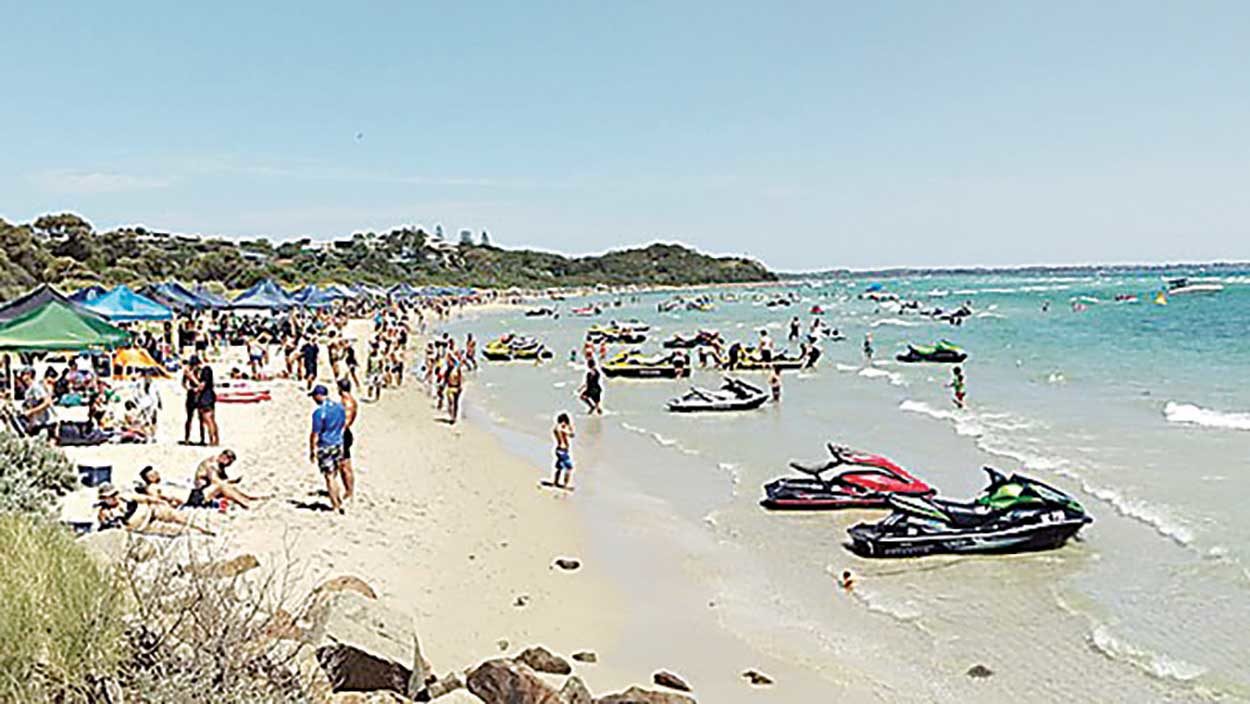 It is urging them to speak up in a Maritime Safety Victoria survey on a proposed rule change aimed at prohibiting irregular riding – such as wave jumping and freestyling – of jet skis in shared zones. The rule would also require jet skis riders to steer a direct course offshore so other water users to better predict their course.

The proposed rule follows the shire losing its bid to reign in dangerous behaviour by jet skiers near bathers. The shire sees the proposed rule as a watered-down version of what is needed.

The advertisement describes the rule as “only addressing a small component of beach safety which is a major issue for peninsula residents and visitors”.

The shire has long advocated for changes to improve beach safety, including trial zones separating swimmers from jet skis, stronger enforcement of the rules and bans on jet skis.

The mayor Cr David Gill said on Friday he was “bitterly disappointed with the state backing down on what we thought were very good ways to ensure public safety”.

He said the shire had wanted a trial of jet skis being banned from some beaches. Other beaches would remain open to all users.

Cr Gill said the state’s idea of restricting jet skis to “go straight in and out” at any beach would still pose a risk to swimmers, canoes, kayaks and paddle boards.

“What the state is proposing still allows jet skis on any beach, to be parked in the shallows and to be refuelled on the beach,” he said.

“It’s a big danger to toddlers.

“This does nothing for safety or to address noise problems. The state has gone for the softest option and is giving in to the boating industry by protecting jet skis.

“It is showing its true colours and not protecting the hundreds of thousands of people who use the peninsula’s beaches.”

Rye Community Alliance’s Mechelle Cheers said communities in towns such as Rye have “made it very clear they want jet skis controlled”.

“Council is now doing its bit to represent the views of peninsula communities, so it is way beyond time for the Andrews government to act without any more procrastination.”

The survey is open until midday Wednesday 4 September at engage.vic.gov.au/pwc-regulatory-reform