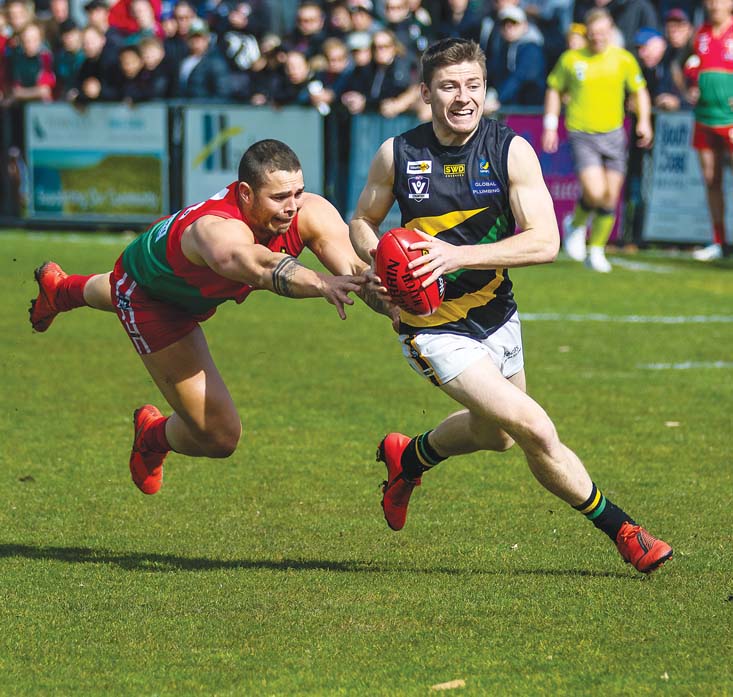 FRANKSTON YCW have gone crashing out of finals in week one after falling to Bonbeach on Sunday.

Bonbeach got off to a stunning start at RJ Rowley Reserve. They booted nine goals to zero in the first quarter and held a whopping 57 point lead by quarter time.

The Stonecats were better in the second quarter but by then the damage was already done. They couldn’t get close to the Sharks, and ended up falling to defeat 10.14 (74) to 20.9 (129).

At Olympic Oval on Saturday, Pines and Dromana faced off in the qualifying final. The contest saw last year’s Division One and Division Two premiers go head to head.

The Pythons got off to an impressive start with a five goal first term, and took a 20 point lead into the first break.

Dromana wrestled control of the game back in the second quarter, and stunned the Pines with a six goals to one stretch. The Tigers led by 17 at half time.

Pines chipped the deficit back to two points heading into the final term, but Dromana ended up holding on. The Tigers have fit right into the first division this season, and proved their quality by knocking off the reigning premiers 10.11 (71) to 13.9 (87).

On Saturday Sorrento will take on Dromana at RJ Rowley Reserve with the winner progressing to the Grand Final. Pines will take on Bonbeach at Chelsea Reserve on Sunday.