Rules of the road explained 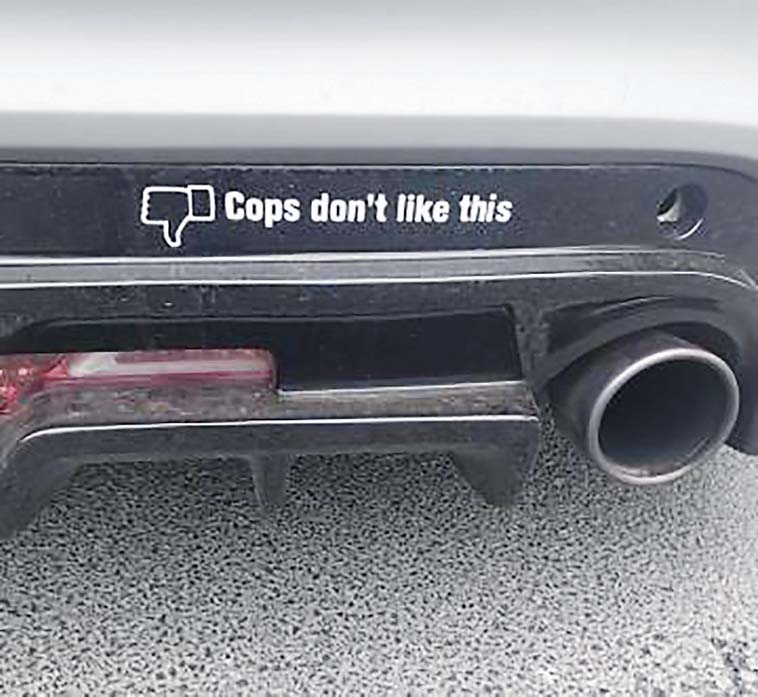 A YOUNG driver showed the steps required to get pulled over by the police on the Mornington Peninsula last week: Exceed the speed limit, have the car lowered so it has less than 100mm ground clearance, and have a bumper sticker saying “Cops don’t like this” on the back.

The 24-year-old driver, of Mildura, was intercepted by Somerville Highway Patrol travelling at 115kph in a 100kph zone on the Mornington Peninsula Freeway at Dromana, Sunday 1 September.

The driver said he was on his way to a car show. A bright yellow vehicle defect notice was stuck on the windscreen of his 1986 Toyota requiring him to get a full roadworthy certificate, as well as pay a $343 speeding fine along with the loss of three demerit points.

Senior Constable Gregg Wolfe, of Somerville Highway Patrol, said motorists intending to modify their cars should make sure they do not take it outside the Standards for Registration. “Driving within the speed limit is also a good idea,” he said.