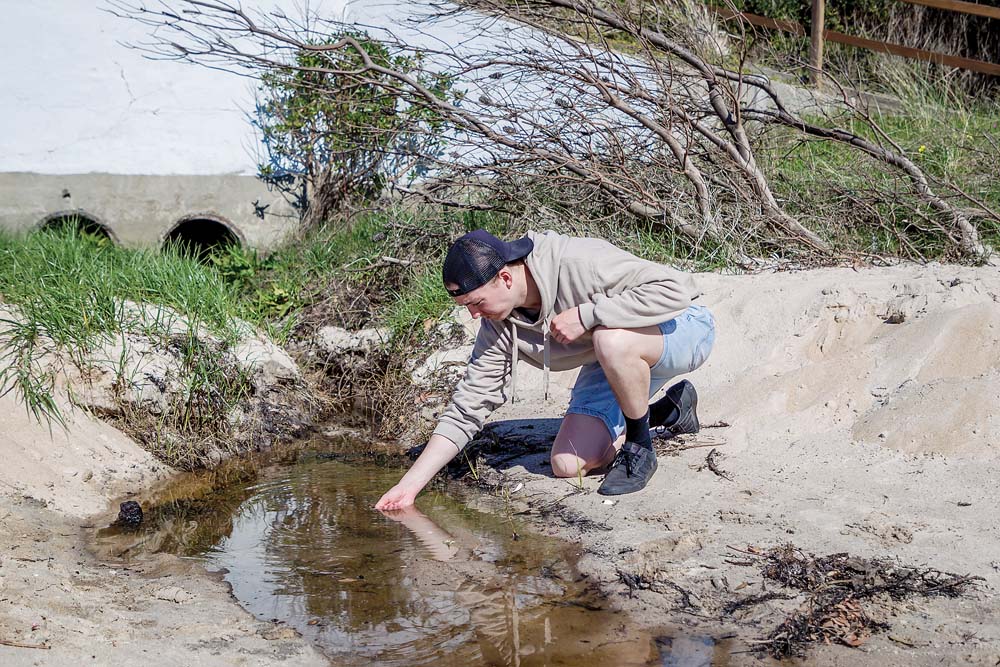 NEITHER the EPA nor Melbourne Water has been able to trace the source of a diesel leak in foreshore drains at Safety Beach and Dromana.

Despite a four-month investigation in which booms were laid at the mouth of a large drain at Safety Beach and odours traced as far upstream as Rainier Avenue, Dromana, the contamination continues.

Residents say diesel fumes and sheen is evident in water from a drain near the intersection of Marine Parade and Point Nepean Road, opposite a service station.

A kilometre south at Dromana diesel odours are still noticeable in a smaller drain opposite another service station.

Rob Debernardi said the drain opposite a long-established BP service station was flowing strongly after heavy rain. “I scooped up a handful of wet sand and smelled it and there was no mistaking [the diesel smell],” he said. “I could also see the sheen [of diesel] floating on the water.”

Last week Melbourne Water manager John Woodland said booms at its outlet near the BP station were aimed at “providing an immediate response to the spill”.

“These booms were in place for a couple of months until the issue was considered resolved,” he said.

Last week “high tides” were blamed for preventing Melbourne Water crews from installing a CCTV camera to monitor the Safety Beach drain because it was “unsafe to do so”. In any case, no spill was observed.

EPA officers could not determine a source when they investigated in May. “Finding the source of odours, especially when coming through complex drain systems, can be difficult as the odour may be detected further upstream than the actual contamination, which can provide ‘false leads’,” spokesman John Rees said.

“Some sources of contamination can occur intermittently which makes it difficult for EPA to trace back. This may be the case at Safety Beach which is why EPA will continue to respond to pollution reports in the area.

“We encourage the community to report issues as soon as they are observed.”