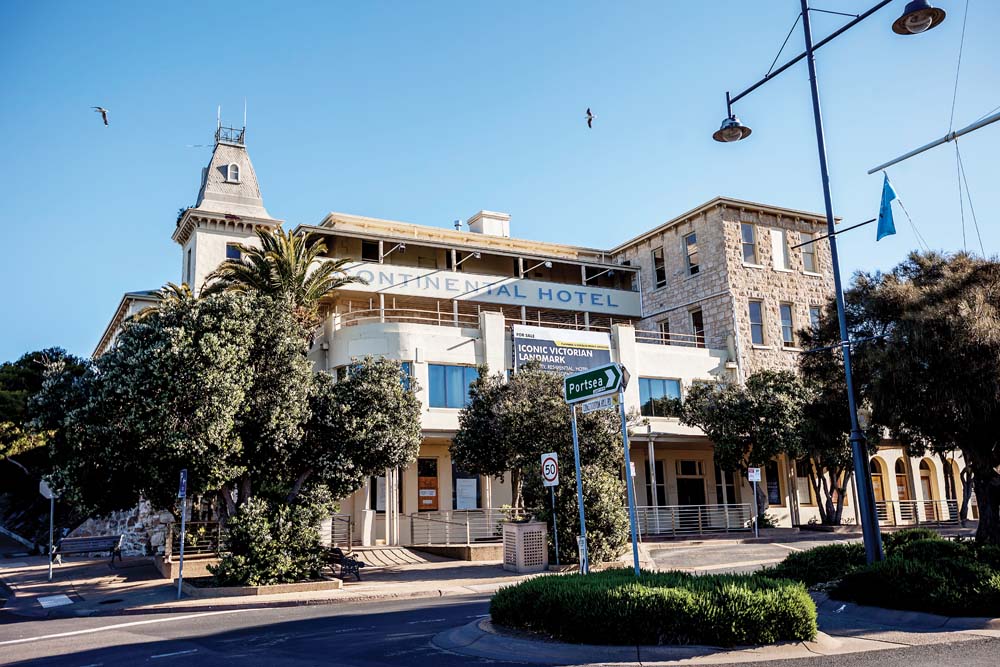 THE sale of the heritage listed Continental Hotel at Sorrento has fallen through.

Despite believing he had sold the four-storey limestone hotel earlier this month vendor Julian Gerner told The News last week that contracted purchaser LBA Capital was “unable to meet their obligations under the contract of sale”.

This is a blow to the experienced hotelier who had been thrilled to pass on the 1875 landmark with plans and permits for apartments and retail after a two-month sales campaign by Colliers International. (“‘Conti’ in new hands – again” The News 9/9/19).

The sale price was rumoured to be about $21 million but this could not be confirmed. After the deal was done Mr Gerner said LBA Capital planned to “recommence works on the existing redevelopment as soon as possible”.

However, things turned sour over the past 48 hours. “Recent developments have come to light that have caused serious concern surrounding the capacity of LBA Capital to settle on the [hotel],” Mr Gerner said.

“While settlement is due to occur next month, I am unsure that the purchaser will be able to meet their obligations under the contract of sale.

“I can confirm [that] I have been aware of an unfolding situation with international investors and have been working day and night to come up with an alternate solution should the sale not proceed.

“I have informed all key stakeholders of these developments and continue to work closely with Mornington Peninsula Shire, Heritage Victoria and all project consultants to ensure obligations are met and [that] the site is maintained appropriately during this time. While this produces further complexity to an already complex transaction, I remain passionately committed to the delivery of this extraordinary project.”

LBA Capital is embroiled in a legal dispute with Korean-based financier JB Asset Management over plans to provide disability housing under the National Disability Insurance Scheme.

LBA Capital is alleged to have breached an agreement to provide the housing with $395 million from JB Asset Management.

The accusations against LBA Capital and the freezing of its assets follows the collapse in May of Mr Gerner’s then joint-venture partner, property developer Steller (“Turnout proves ‘Conti’ dear to Sorrento’s heart” The News 8/7/19).

At that stage Mr Gerner was talking about finding a buyer by the end of July able to pay the $25 million asking price for the Continental and resilient enough to run the gauntlet of planning, heritage and legal strictures to get property into a viable state.