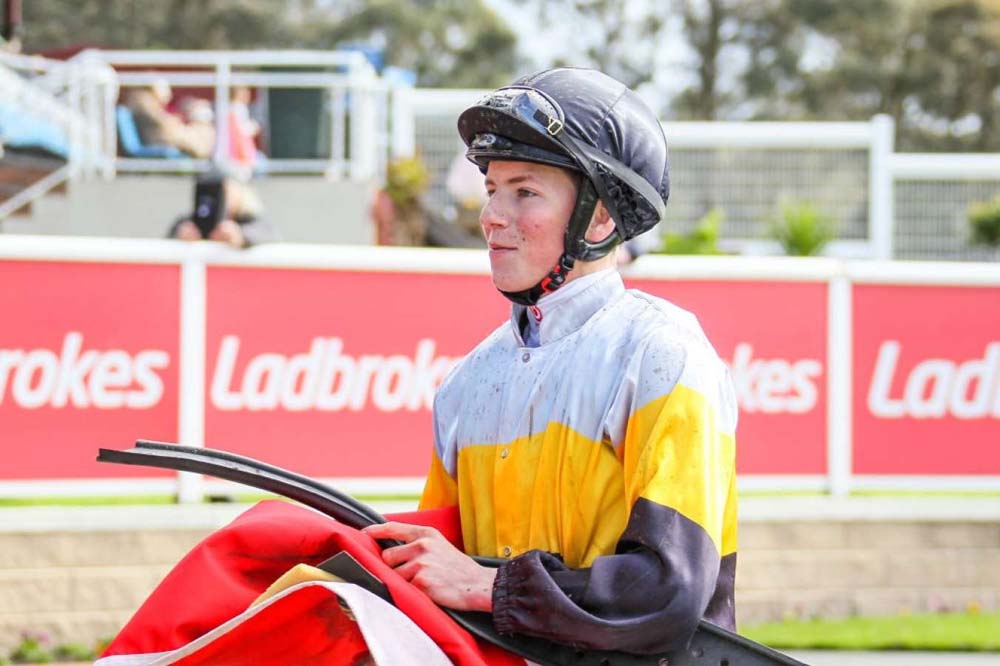 After making his race riding debut at Jerilderie, NSW (a non-TAB meeting) on the previous Saturday, Rawiller made the most of his sole ride at Moe aboard the Cameron Templeton-trained Girl On a Train.

Despite not being wanted in the market and jumping at $31, Rawiller entered the race with hope and settled his mount down at the rear of the field. Utilising his lightweight, Rawiller stormed home down the outside fence to score an impressive last-to-first victory in the Rising Stars series heat.

The son of multiple Group One winning jockey, Nash Rawiller, said it was a massive thrill to score his first winner from his first ride in Victoria.

“When I was in front, I got very excited that’s for sure,” Campbell Rawiller said. “It was a huge rush and thrill and just all the jockeys too, they were all so good to me – everyone came up and congratulated me.”

Rawiller has transitioned from riding in 35 trials to riding in races as smoothly as one could hope, with his boss, Mornington-based trainer Logan McGill, saying he’s taken it all in his stride.

“He wasn’t as nervous as I was at the races,” McGill said. “I thought he’s given every horse a chance. It’s a big thing going from the trials to the races, but I thought he did a fantastic job that first day and then to back it up with a winner on his second was fantastic.

“We are absolutely rapt for him. He’s done such a good job in a short amount of time and it was just good to see him get that and get on his way.”

As well as having plenty of support from his family, friends, coaches and trainers, Rawiller said making the most of his experience at the trials has helped a lot with the transition to race riding.

“Obviously in trials you’re not trying to go for your position as quickly as you are in a race but I really tried to prioritise throughout my trials not just to ride the trial but I really wanted to focus on jumping and straight away putting a horse into position,” he said.

“If that meant bringing them back to slot in for cover, it makes a big difference for when you get to race day and it’s not all a big surprise. It’s great to now finally be out there racing and putting it together.”

Rawiller is looking forward to the coming months with plenty of non-TAB meetings fixtured in the calendar as he aims to gain further experience and work through his claim.