Every picture helps tell a story 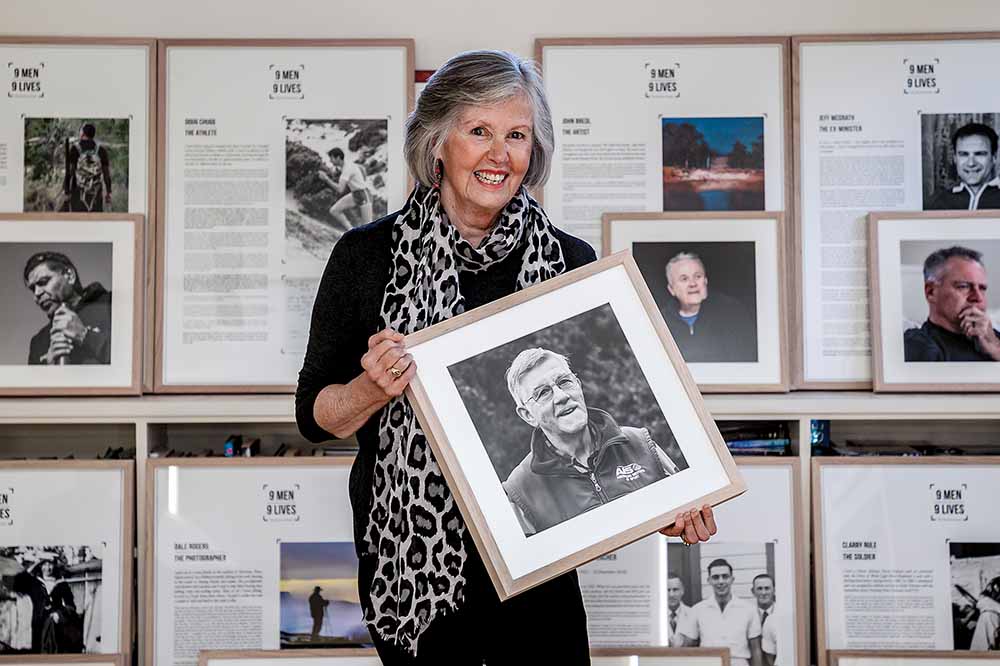 IF there is truth in the adage “a picture is worth a thousand words”, visitors to an exhibition by Amanda Stuart will be well informed.

The nine subjects of Stuart’s photographic portraits have been reproduced on posters along with their autobiographical anecdotes along with personal photos.

Stuart says her intention was to produce posters that “explored, through words and images, the significant events that shaped the lives of nine very different men”.

“I have done a portrait of each man, which is separate from the poster. Not a photoshopped portrait, but a photo of them as I see them for the purpose of their story,” she said.

“I was able to assign a title to each man, such as The soldier, The sailor, The gardener and The Indigenous Healer.”

Stuart hopes her 9 Men 9 Lives – the Portrait Project may eventually be displayed in a public library as seven of her subjects live on the Mornington Peninsula.

Although taking snapshots “all my life”, McCrae-based Stuart bought her first “decent camera” four years ago to coincide with a trip to France and a photography course.

As well as learning how to operate a digital camera the course in France included editing.

“I was smitten [by photography] completely,” Stuart said.

On her return to Australia, she immediately had four of her landscapes framed but then decided to focus on portraits.

A former counsellor, Stuart says she has “always had an interest in people” and portraits were the logical next step for her new artistic endeavour.

The camera that led Stuart deeper into photography during her time in France, an Olympus, has now been replaced by a Fuji and an active network – “a real community” – of fellow Fuji users.

This will be followed at 10.30am on the next day, Monday 14 October, with “a special morning tea to celebrate the launch” of the exhibition and a smoking ceremony by Lionel Lauch. Entry is $5.