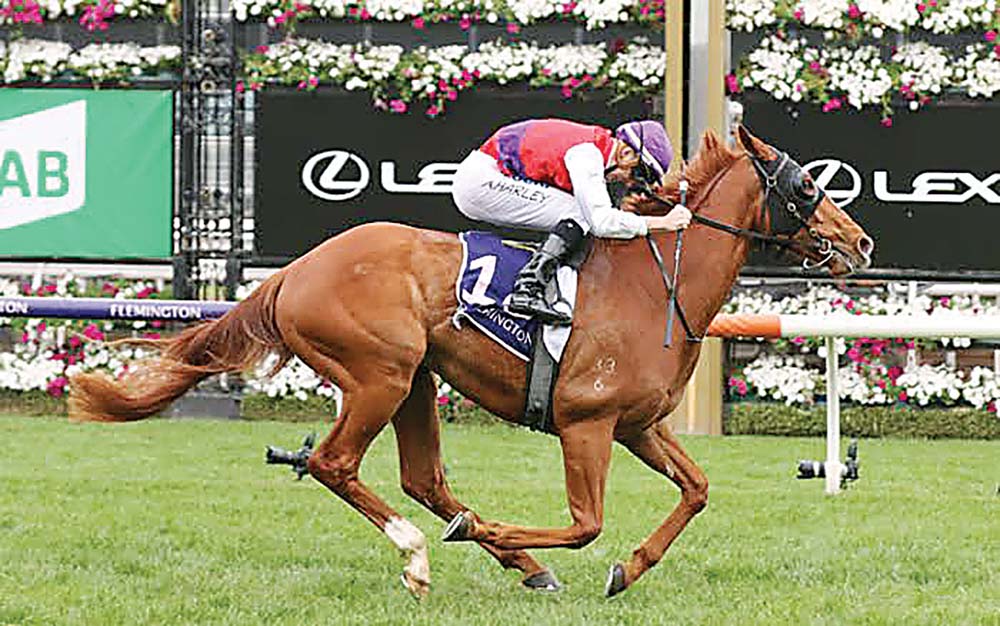 THE Anthony Freedman stable has unveiled a potential Victorian Derby candidate after the dominant display of Warning at Flemington on Saturday 5 October.

Having drawn a good gate in the Listed Super Impose Stakes (1800m), Freedman passed up on taking the three-year-old son of Declaration of War to an 1850m maiden race at Kyneton on the Friday and instead lined up in the key lead-up race towards the Derby.

The decision paid dividends for the Pinecliff, Mt Eliza-based trainer as the maiden galloper raced clear in the straight to score a comfortable two length victory over the Lindsay Park pair, Independent Road and Huntly Castle.

Freedman said the addition of blinkers and the selection of Irish jockey, Martin Harley, made a massive difference.

“We’ve always had a good opinion of him,” Freedman said.

“He was disappointing the other day at Sale, but he didn’t have his blinkers on. They went on today, we knew he would improve with them as he’s a laid-back sort of horse and it panned out very well for him. Martin gave him a good ride.”

Based on his breeding, Freedman is confident that Warning will run out a strong 2500m if he ends up heading towards the Derby in November.

“He’ll front up again in a couple of weeks and we’ll see if we’re still in the run for the Derby and how we’re going before heading in that direction,” Freedman said.

The victory was made that little bit sweeter with the race being named after the multiple Group One winner Super Impose – a sensational galloper that was a star for the Freedman stable in the early 1990s.

“He got us going so we owe him a lot and I’m glad he’s got a good race named after him because for a long time he either didn’t have a race or it was a very low level race so I’m glad he’s got this now,” Freedman said.