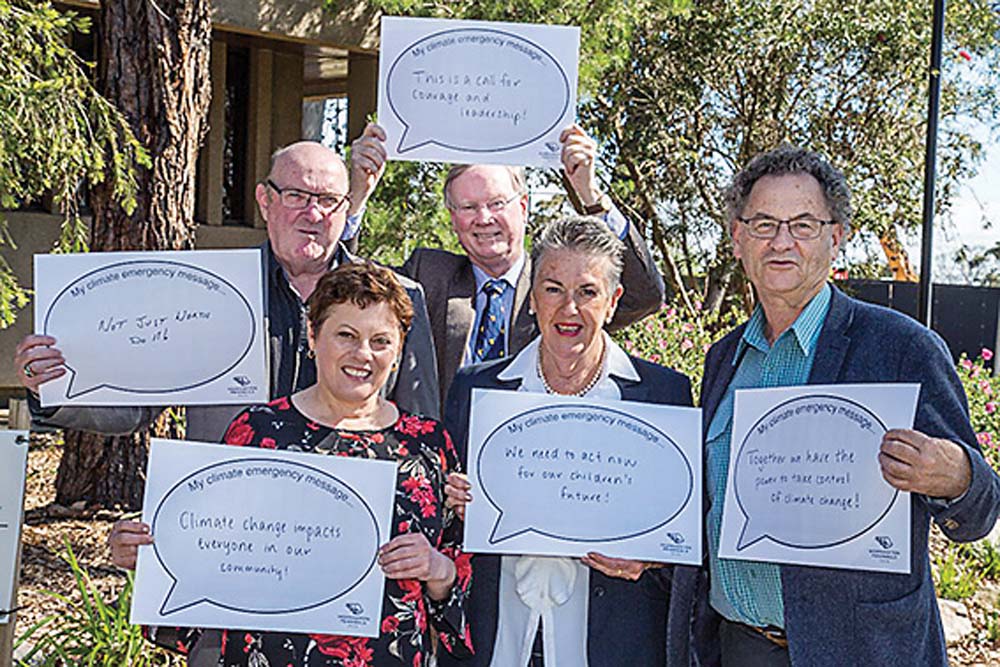 MORNINGTON Peninsula residents are being asked to contribute ideas towards a climate emergency plan.

The call for input into an emergency plan follows the decision in August by Mornington Peninsula Shire Council to declare a climate emergency.

In doing so, the shire joined 840 other local governments across 18 countries in recognising threat of climate change and the changes it was already causing to economies and environments (“Peninsula declares ‘climate emergency’” The News 13/8/19).

The Australian parliament last week received a 370,000-signature petition calling on the government to declare a climate emergency.

The petition calls for the House of Representatives to “immediately act and declare a climate emergency in Australia” and to “introduce legislation that will with immediacy and haste reduce the causes of anthropogenic climate change”.

The petition stated that “the overwhelming majority of climate scientists around the world have concluded that the climate is changing at unprecedented rates due to anthropogenic causes”.

However, the government has already rejected a call from Greens MP Adam Brandt to declare a climate emergency, which Energy and Emissions Reduction Minister Angus Taylor described at the time as an “absolutely empty gesture”.

Peninsula councillors, who unanimously voted to declare a climate emergency, expect to see a draft emergency plan by February 2020 to go on public exhibition in May 2020.

Other “key areas” for a climate emergency plan listed, but not explained, by the shire are “natural environment and sequestration; resilient Mornington Peninsula; and, climate emergency mobilisation and leadership”.

Community input, feedback and ideas for the plan can be made through an online survey, by email or post.

The shire says the climate emergency “is a resolution for immediate and urgent action to reverse global warming. It is an unequivocal statement that it is the responsibility of every level of government, every community and business, and every person to reduce emissions and mitigate the effects of climate change and plan to adapt to the changes that cannot be avoided”.

The mayor David Gill said the climate emergency declaration will be backed by action and “real outcomes” peninsula residents.

“Communities around the globe are taking action on this serious issue and we aren’t shying away from the responsibility we have as community leaders.

“We need all levels of government to act and, as the conduit between local community and government, we’re making sure the peninsula’s message is heard all the way to the top.

“We’re calling on the community to provide input, feedback and ideas that will help develop the plan, which will include a range of climate change actions to guide all shire operations as well as advocating to state and federal government and supporting community action.”