Island a path away from extinction 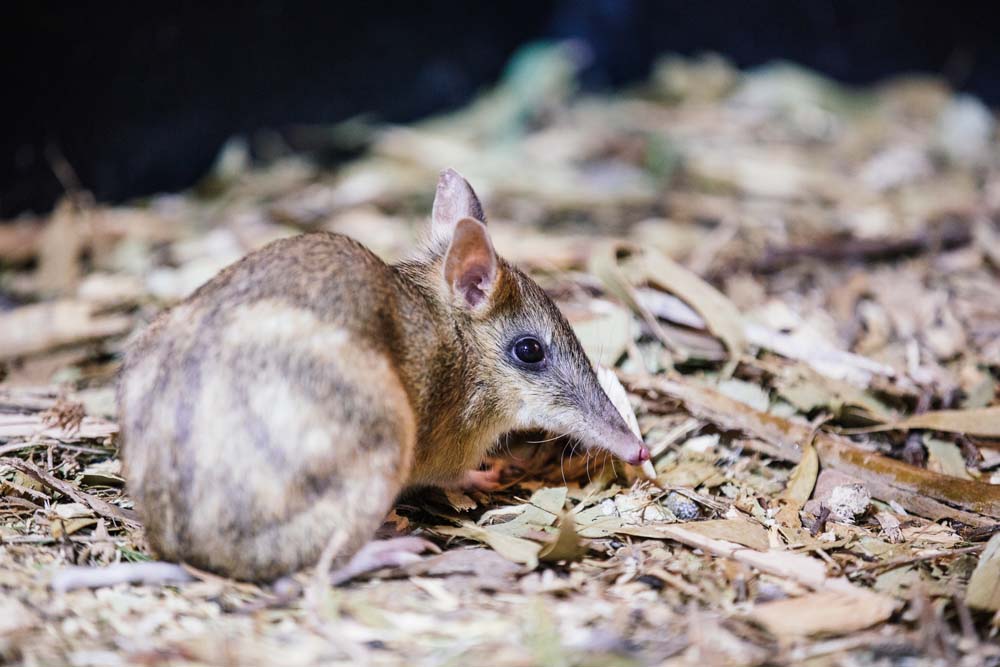 DECADES of conservation work have culminated in the release of around 50 eastern barred bandicoots on French Island.

The bandicoots came from captive breeding programs as well as from Churchill and Phillip islands and Hamilton in western Victoria to begin their new life in Western Port.

Threatened species biologists and other members of the Eastern Barred Bandicoot Recovery Team have been working with French Island residents for more than a decade to prepare for the moment.

“It’s been a long road to get to this stage, but to see the bandicoots racing into their new home [on Friday 11 October] has been an incredible result for all involved,” Zoos Victoria threatened species biologist Dr Amy Coetsee said.

“This is by far the most challenging release we’ve ever done and the most rewarding thanks to the support of French Island residents who care deeply about their island home and have welcomed the eastern barred bandicoots into this fox-free environment.

“The bandicoots have travelled by boat from four different locations across the state and now have the space to increase their population and help save their species from extinction.”

The native Victorian mammal once widespread across the grassy woodlands of southwest Victoria was close to extinction after extensive habitat destruction and the ravages of foxes and cats.

Zoos Victoria has been managing the captive breeding program for eastern barred bandicoots since 1991, with more than 950 born at Melbourne Zoo, Werribee Open Range Zoo and partner organisations during that time.

But working out how to breed successfully in captivity has always only been one part of the mission. The goal has always been to return the marsupials to the wild. Fox-free islands are seen as the best chance of re-establishing wild populations, even though bandicoot had never been found on Victorian islands.

A trial release was arranged by Phillip Island Nature Parks on the 57-hectare Churchill Island in 2015, after ridding it of foxes and feral cats. That release showed that the bandicoots could live and breed well on islands. It also showed how bandicoots improve the environment through soil turnover and soil health by foraging for worms and beetle grubs with their long snouts.

The success of that project, and a declaration that Phillip Island was also fox-free, paved the way for a larger release onto the Summerland peninsula in 2017.

Phillip Island Nature Parks’ deputy director of research Dr Duncan Sutherland said: “The captive breeding program, the previous releases onto Churchill and Phillip islands, and now this latest release onto French Island, have provided a form of insurance for the survival of this critically endangered native animal.

“The growing populations have demonstrated that eastern barred bandicoots can successfully establish in island environments, while also having positive environmental effects, including reduced soil compaction and improved nutrient and water infiltration.”