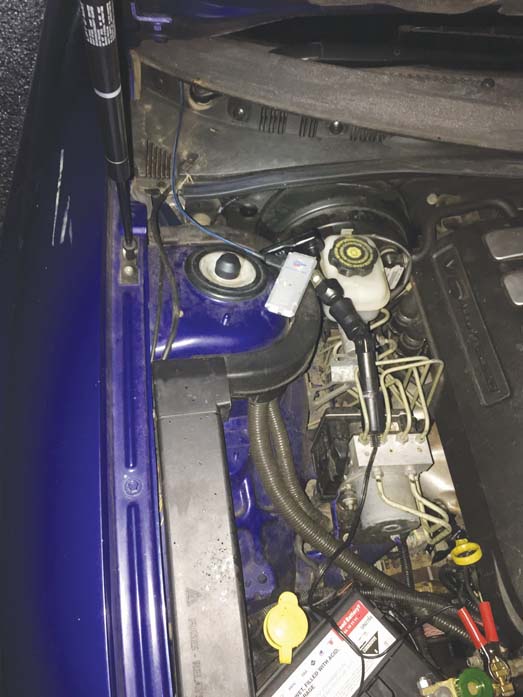 The man was driving the same blue Commodore sedan issued with a defect notice in August still with the same wiring extending from the battery up through the bonnet and in through the window to provide a charging port for his phone.

The man returned a positive drug test and his car was found to have suspended registration due to his not complying with the previous defect notice. He allegedly told police he was driving to Seymour to drop off the motorbike on his trailer.

The man was released pending summons for drug driving, unregistered vehicle and trailer, unsafe vehicle, no headlights at night and insecure load in the trailer. Senior Constable Greg Wolfe said a large four-wheel-drive bull bar had been thrown on top of his load to keep it weighted down.