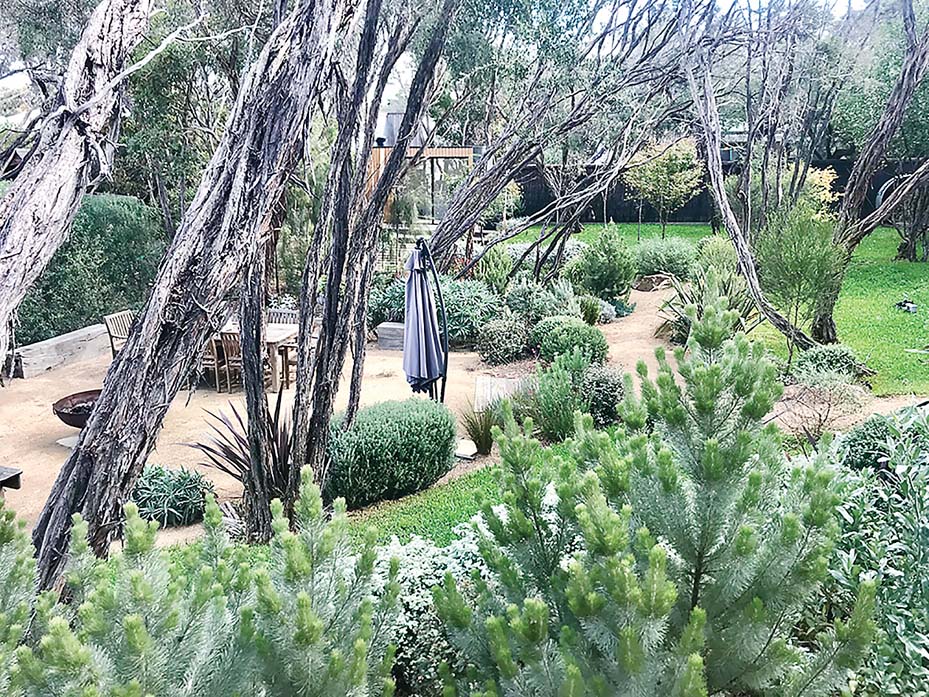 TWO different Mornington Peninsula gardens will open their gates to the public for one weekend next month.

L’Oceane at Rye contrasts with Moats Corner, garden inland from Dromana that has evolved over the past 70 years.

Named after the Moat brothers who settled in Dromana in the 1860s, the garden was established from 1950 by Jean Duncan, who was inspired “from all corners of the world”. “Today it is a wonderful mix of old and new, with a driveway entrance lined with towering and sculpted Cypress trees planted by the Moat brothers 145 years ago,” Ms Fazio said.

“From here, this happily rambling and dreamy garden leads you via a series of paths that weave under pergolas, arches, arbours and gazebos into fascinating garden rooms – all set around an award-winning architect-designed house which gives the impression it is floating off the ground.”

There is a rose garden, a Japanese-style garden and an ornamental lake fringed with yellow water iris inspired by the gardens of Monet.

In contrast, L’Oceane, at Rye is “a tranquil seaside garden gem nestled in the sand dunes”.

“This garden echoes the nearby coastline with twisted trunks of moonah trees and beachy plantings lining sandy paths to outdoor seating,” Ms Fazio said. “Marine artefacts and old pier timbers lend a sense of age and authenticity to this coastal garden.”

The garden is on a 900-square-metre sloping site with unstable sand dunes for “soil – held together by gnarly tea trees”.

“Today, hundreds of local indigenous and native plants have been planted to stabilise the sand and suppress weed growth – but this is far more than a revegetation project,” Ms Fazio said.

“Inspired by walks along the clifftops of Rye back beach, the owners have created sandy winding paths through the now sculptural twisted trunks of the tea trees, mature stands of moonah and sheoaks. Beneath the trees, native grasses contrast against the clipped spheres of coastal rosemary while native creeping pig face cascades over greyed timber retaining walls.

“The owners have also blended a number of much-loved European plants such as echiums and clipped teucrium with a few deciduous trees such as ginkgo, claret ash and coral bark maple placed at the back of the property for their autumn foliage.”

Both gardens are open to the public 10am-4.30pm Saturday 9 November and Sunday 10 November.

Refreshments will be available at both gardens, which are a 30-minute drive from each other. Entry to Moats Corner is $10, L’Oceane $8 (under-18 free).