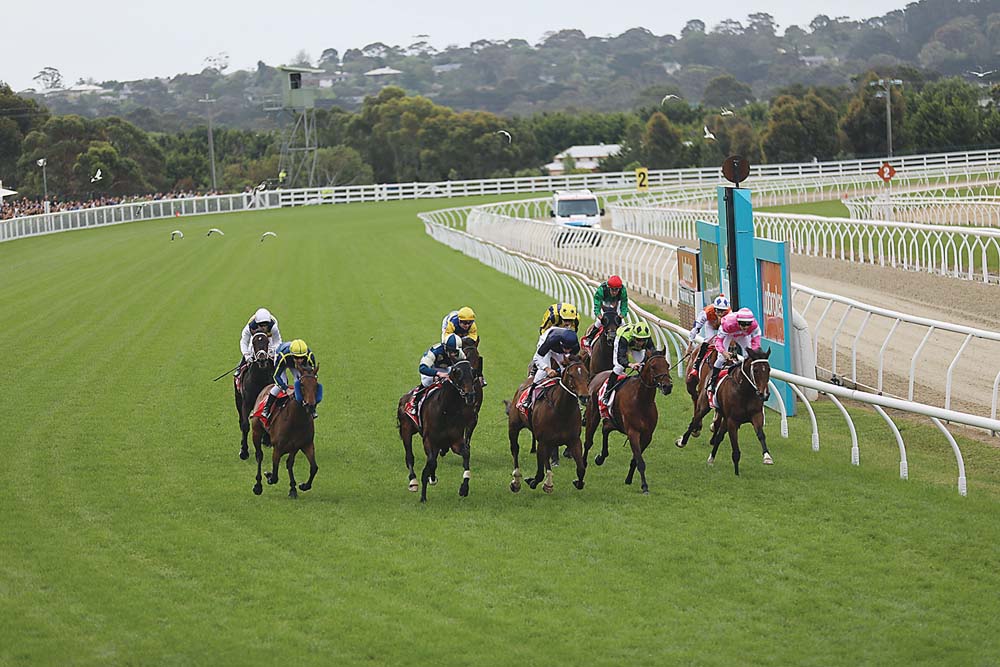 THE Japanese-bred thoroughbreds continued their dominance of this year’s Spring Racing Carnival with a narrow victory in the 2019 Peninsula Cup at Mornington on Sunday 3 November.

Formerly trained in Japan and now under the care of Mornington-based trainer, Anthony Freedman, Danon Roman relished a hot speed to land the days $60,000 feature race and score his first win in Australia in a tight photo finish.

The Kevin Corstens-trained Surreal Image went straight to his customary role of leading at a good gallop for young Mornington-based apprentice jockey, Campbell Rawiller, before the swoopers took over the running turning for home.

The Mick Price/Mick Kent Jr-trained Heptagon made a real race of it, going neck and neck with Danon Roman down the straight but jockey Damien Thornton wasn’t letting another Peninsula Cup slip through his fingers after being narrowly beaten in last year’s contest.

Thornton claimed the victory aboard Danon Roman and defeated the race-favourite, Heptagon, by a short head with the David Brideoake-trained Strategic Phil running into third.

More than 7,500 people packed the course for this year’s edition of the Peninsula Cup, and jockey Damien Thornton said it was a great feeling to land the day’s main event.

“I was having flashbacks to last year when I hung in [on Black Sail], had the race won, but got beat. It was nice to turn that around and win it this year,” Thornton said.

“He was very good today and there’s definitely still improvement in him. Anthony’s team do a good job at picking races and more often than not they seem to get it right and get the job done, so it’s nice to play a small part in the team today.”

Thornton said the solid tempo of the race was perfect for his runner.

“He actually raced a bit fresh and I thought that would have worried him a bit late, but he was good enough to pick himself up and keep going,” he said.

As well as claiming the feature Peninsula Cup, Mornington trainers also managed to win another three of the eight other races.

Jason Warren claimed the second race of the day with his three-year-old filly, Snap Crackle Boom. The daughter of Spirit of Boom landed a decisive two-length debut victory in impressive fashion.

John McArdle took out the fifth race with his heavily supported runner, Bold Type. It was backed in from $9.50 before starting the race as the $3.60 favourite. He duly saluted by three-quarters-of-a-length and brought up his third career win.

The Matt Laurie-trained Katsuma won the second last race of the day and made it back-to-back victories after breaking her maiden at her previous start.