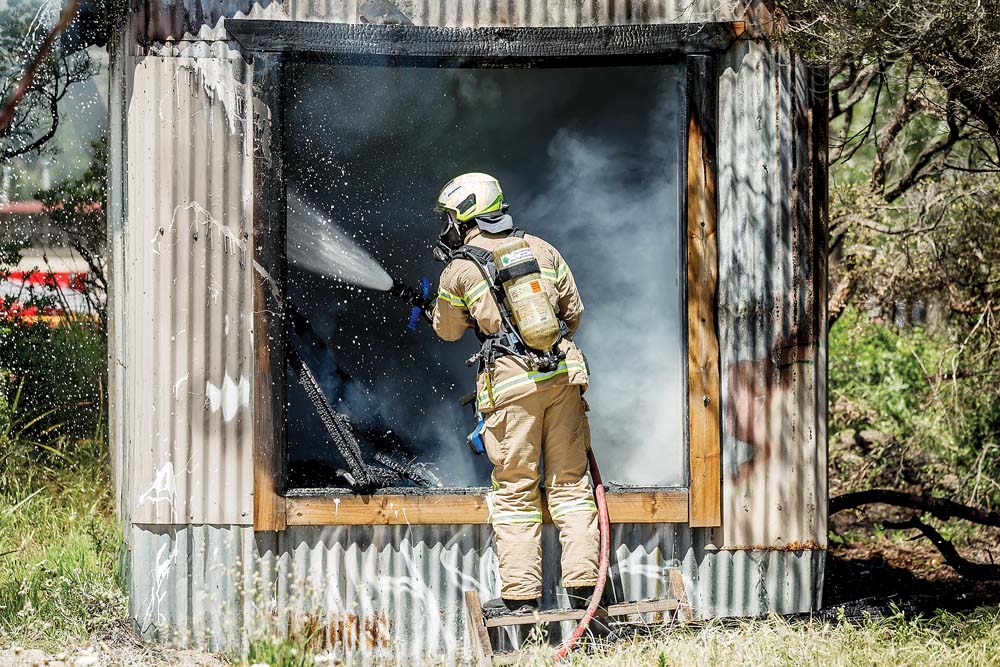 POLICE are investigating the burning down of a second beach box at Rosebud, 2.30pm, Wednesday 30 October. The cause of the blaze is not known.

CFA crews donned hazmat gear when it was discovered the corrugated iron box was lined with weatherboard and asbestos sheeting. “This was an extra danger,” Rosebud CFA duty officer Greg Chapman said.

“Our people had to wear breathing apparatus and be totally washed down afterwards with their clothing bagged, tested and scrubbed to ensure no asbestos fibres remained.”

The beach box contained a destroyed couch-bed, table, games and other items.

The blaze took the fire fighters only about four minutes to extinguish.