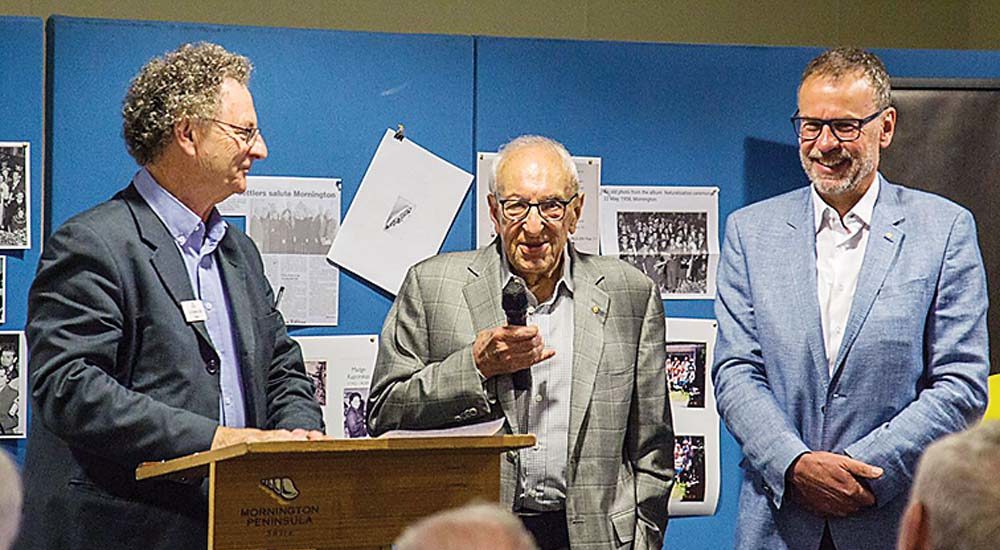 About 50 guests and family members, from 13 countries, acknowledged and highlighted the contribution migrants have made to the social, cultural and economic development of the peninsula.

The mayor Cr David Gill said immigrants had expanded our culture and introduced new ideas and traditions into their adopted country. “The resourcefulness, hard work and determination of people who came from so many other countries helped make the Mornington Peninsula an exceptional place to live,” he said.

“We are a more connected community because of our increased mutual understanding and the breaking down of barriers brought about by people in Australia’s immigration program after World War II.”

Some at the function spoke about why they left their homelands: the boat trip; their beginnings at immigration camps, and their first jobs on the way to leading fulfilling lives here.

Members of the Dowd family talked about the late-Bernard Dowd who developed clothing factories on the peninsula and helped many migrants find their first jobs. Mr Dowd was praised for his compassion and willingness to help others.

Mr Inge spoke about the long voyage, and his early days working on the railways, before becoming a builder and developing the first retirement villages in Australia. His success story is renowned in Australian business.

Ona Silas and her mother spoke about their family history and working with Bernard Dowd.

All spoke of their appreciation and love of Australia in what was described as a “moving and eloquent account of immigration to Australia”.