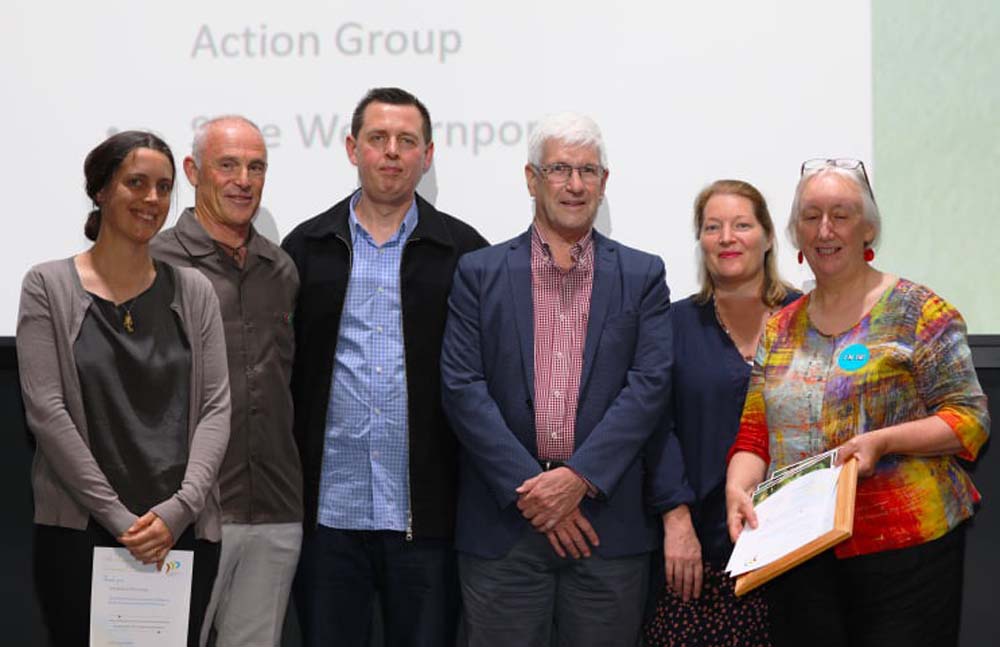 THE Save Westernport residents’ group and local environmental groups were acknowledged at Environment Victoria’s 50th Anniversary celebrations in Melbourne recently.

The entire Western Port community was also honoured by Environment Victoria with a special award to recognise many years of “resilience in the face of repeated attempts to destroy the local environment”.

The Save Westernport Inc. residents’ group was formed in April last year to oppose plans by energy company AGL to import and process liquefied natural gas in Western Port Bay and to build a 56km gas pipeline to Pakenham.

“The bay’s remarkable marine and coastal eco-systems, and the endangered species that depend on them, deserve our highest level of protection from exploitation and compromise by inappropriate industry.”

The group is concerned that Western Port’s environment continues to be threatened by industrial proposals that it says “promise few jobs and threaten the region with significant environmental and social impacts with little or no benefit.”

Save Westernport and Environment Victoria have worked to ensure the AGL proposal is the subject of an environment effects statement that will delay its progress for another year while its potential threats are assessed.

“These projects represent an outdated approach to environmental management that prioritises exploiting natural resources over protecting their true value,” Stockigt said. “The giant rusty oil tanks that were abandoned at BP’s contaminated Crib Point site at Woolleys Beach are a reminder of those days, and they’re the reason we cannot return to them.”

She said she hoped a review of EPA laws and the parliamentary committee announced last week to look at Victoria’s Ramsar wetlands will support communities with their conservation work.

“Western Port’s sensitive ecosystems are regenerating. To ensure this continues we need to be selective about the ways it is used by choosing responsible investment in sustainable industry.”

Save Westernport is hosting a community barbecue at the RW Stone Reserve, Somers, 12pm, Sunday 1 December. All welcome.