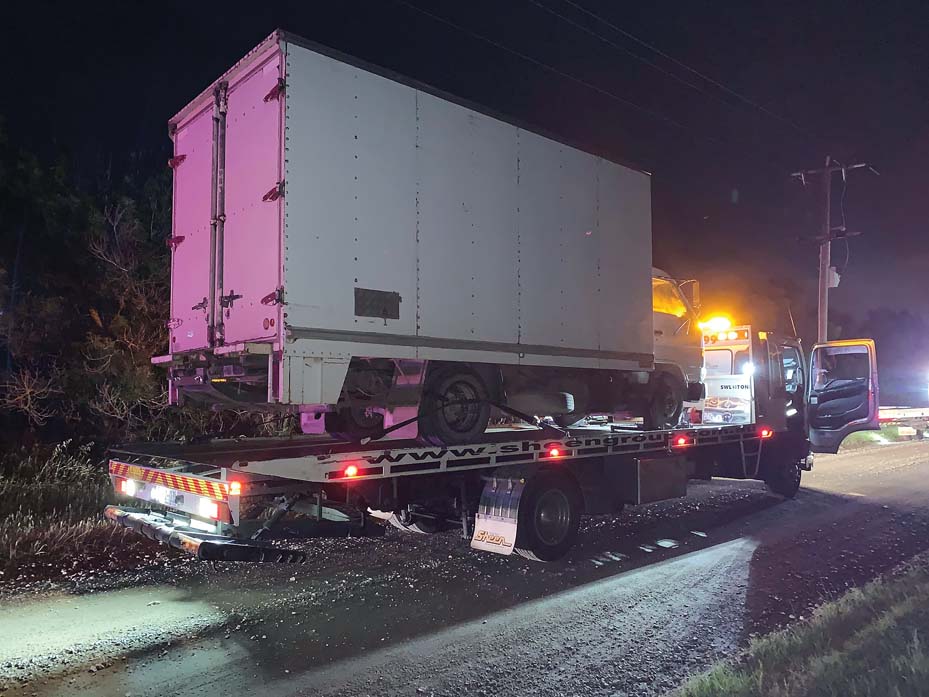 A POLICE officer manning a booze bus on a Peninsula Link off-ramp at Bungower Road, Moorooduc, had to jump aside to avoid a truck on Friday night, 8 November. The white Toyota truck was stopped two kilometres down the road.

The 60-year-old driver from Merton blew 0.267 and had his licence suspended on the spot. His truck was impounded for 30 days. Police noted that his wasn’t the first time he had been caught drink-driving as there was a Zero Alcohol condition on his licence.

The man will receive a summons to attend court at a later date.

“Fortunately this incident only resulted in a near miss, and not a serious injury or fatal collision,” Senior Constable Greg Wolfe said. “Rain, hail or shine police are out there doing their best to catch drink/drug-impaired drivers to keep our roads safe.”