All aboard for Bight fight over oil 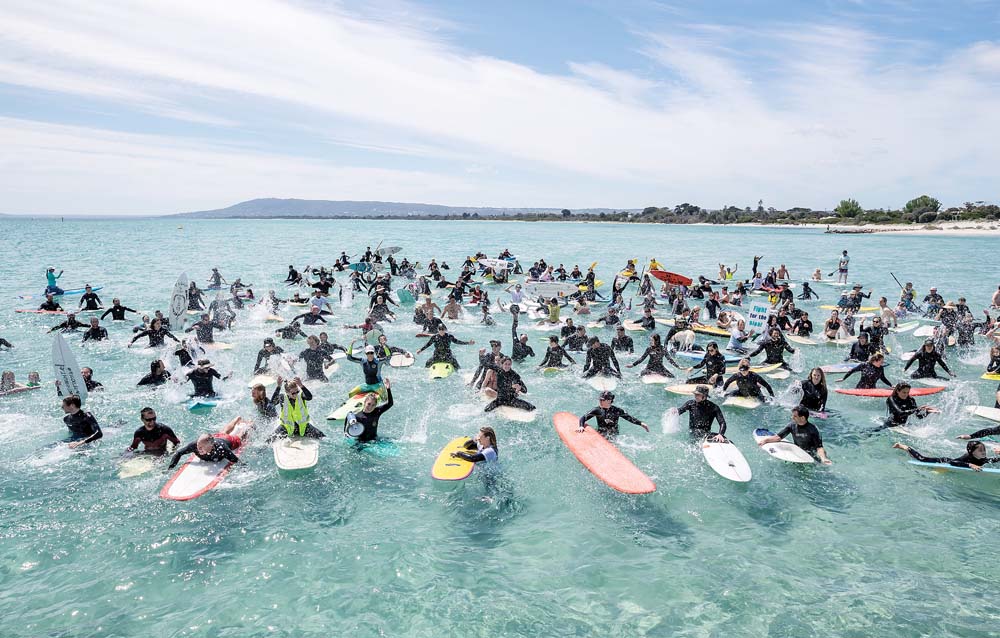 DESPITE its lack of surf, Rye pier in Port Phillip was the beach of choice on Saturday for a board-based protest against plans by Norwegian oil-giant Equinor’s to drill for oil in the Great Australian Bight.

One of the Mornington Peninsula’s organisers, Asha Bainbridge, estimated about 350 people were at Rye for the Fight for the Bight protest, one of 40 being held around Australia.

Markus Tschech, of the Surfrider Foundation, said protesters were concerned about the irreversible consequences of an oil spill “not just on Australia’s southern coastline, but on the peninsula”.

“Equinor’s own worst-case spill modelling shows a spill could have devastating impacts along the entire south coast of Australia, from Margaret River in Western Australia right around to Port Macquarie in New South Wales, including Tasmania,” he said.

“An oil spill could be catastrophic for local fisheries and towns on the peninsula that rely on our pristine beaches for tourism.”

The Fight for the Bight campaign by the Surfrider Foundation Australia and Great Australian Bight Alliance is supported by Maladiction Longboarders, the Wilderness Society, Patagonia and Sea Shepherd.