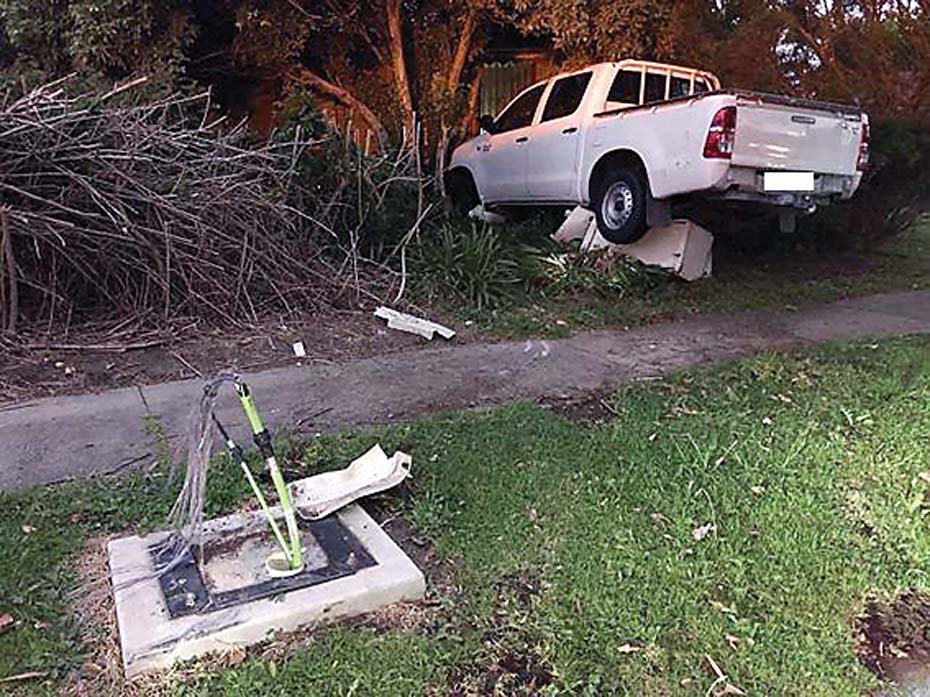 A SOMERVILLE drink-driver ploughed through an NBN junction box in his ute in Inglenook Crescent, Karingal, and severed the cable 7pm, Friday night 15 November.

Police said the ute, above, was seen “driving erratically” in McClelland Drive around that time. After the collision the ute was stuck and the driver reportedly ran from the scene.

Somerville Highway Patrol tracked him down about two hours later and took him to Frankston police station where he blew 0.082. He was issued with infringement notices for drink-and-careless driving totalling $893. His licence was cancelled and he was disqualified from driving for six months.

Senior Constable Greg Wolfe said he doubted the driver’s car insurance would cover the damage due to the drink-driving charge.

“If the NBN makes a demand for payment to their equipment it could be a very expensive exercise,” he said.

“If a pedestrian had been hit instead of an NBN cabinet, this would be a whole different scenario involving criminal charges and possible imprisonment.”