Police to the rescue in pier drama 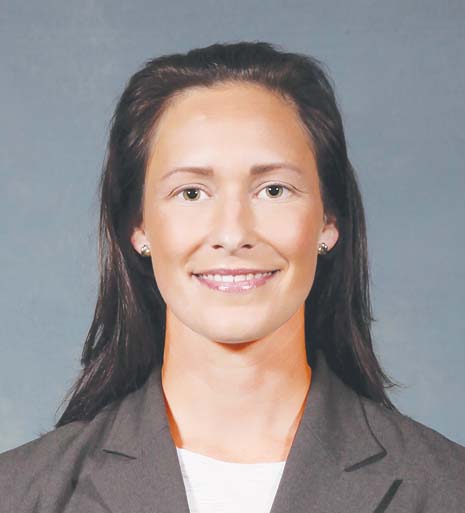 RESCUING a swimmer struggling in rough water under Frankston pier was all in a day’s work for policewoman and Mornington Peninsula Shire councillor Julie Morris.

The senior constable (pictured) and her sergeant responded to a distress call on the pier during Thursday 21 November’s strong north winds and 40-degree temperatures.

A young man taking a dip before work was unable to climb back onto the pier and wedged himself between pylons and the pier’s roof at about 11.30am.

Waves crashing through the pylons were knocking him around and he was barely able to hang on and was forced to hold his breath every time water surged through, over his head.

After 25 minutes of calling for help, and with those above him not being able to see where he was, the 18-year-old, of Botanic Ridge, was “frightened and in serious trouble”.

“He’d found a gap where he could keep his head above water but, when I looked down, I could see he was getting smashed by the waves,” Senior Constable Morris, 37, said.

“I couldn’t just stand by and watch him struggle. I said to my sergeant, ‘I’m going in because if I don’t go in he’s dead.’”

An experienced year-round open water swimmer, Senior Constable Morris said she was comfortable in the trying conditions and confident she could help the man.

She shed her uniform and dived in under the pier carrying a floatation device thrown by lifesavers. “He was a big, strong boy, about six foot three (190cm) and ripped, but nearing the end of his strength,” she said. “When I got to him I could see he was white faced and in borderline shock.

“I said, ‘Yes. When the next big wave comes let go and jump in the water. He was a brave boy and he did. It was his first swim for the season and it was cold in.”

Senior Constable Morris said it took them five minutes to swim 20 metres to a ladder about 70 metres from shore. They were helped up by lifesavers. An ambulance crew waiting near the beach took the man to Frankston Hospital.

Senior Constable Morris was also involved in a rescue in November 2016.

“I don’t know what it is about November,” she said. “People are often keen to have their first swim of the year and they are not ready for it.”