Ocean nomad arrives with a sting 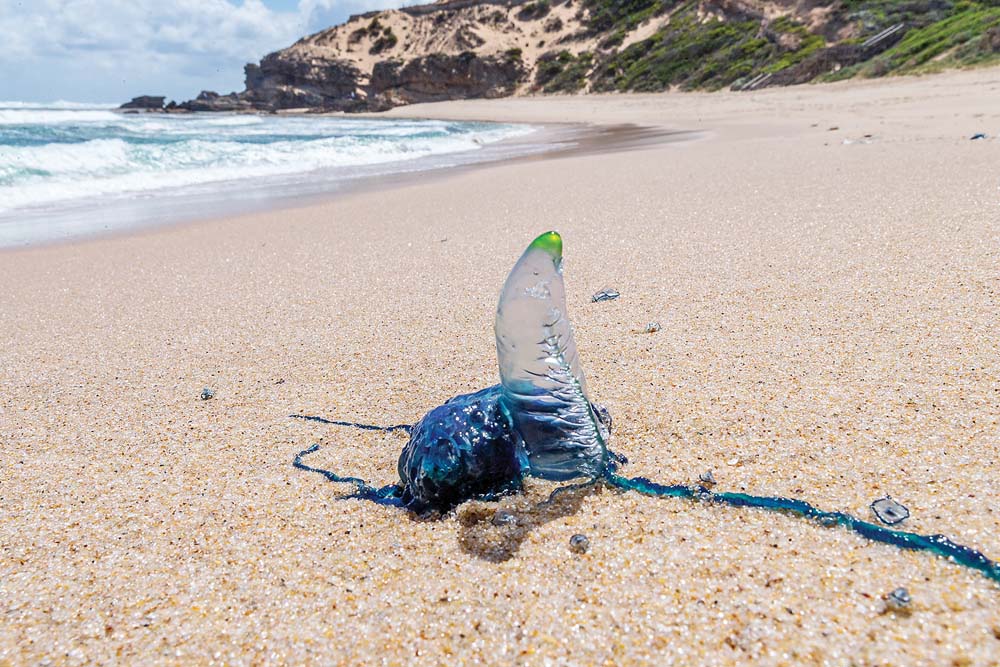 ARMADAS of the stinging bluebottle jellyfish (Physalia utriculus) have been washed up on the Mornington Peninsula’s ocean beaches and may soon be entering Port Phillip.

The bluebottle, or Pacific man-of-war, is an occasional visitor to Victorian beaches but more common in Sydney and further north.

The wind and currents determine its journey before being brought ashore by incoming tides.

Wikipedia says bluebottles differ from other jellyfish in several ways. The gas-filled float supports a number of specialised tentacles, which are actually members of a complicated colony. The individual members, or zooids, cooperate to form what looks like one jellyfish.

Some zooids are specialised for stinging and capturing tiny fish and other marine animals, some eat the prey, while others reproduce.

Up to 30,000 stings each year are reported along the east coast of Australia from Physalia with about 500 reported from Western Australia and South Australia.

Treat a bluebottle sting by washing off remaining tentacles with saltwater and then rinsing the affected area with seawater to remove any invisible stinging cells.

Immerse the stung area in hot water as the heat kills the protein in the venom. Studies have shown that 40 degrees Celsius will produce relief after 10 minutes.

If the symptoms persist or for stings that cover a particularly large area, or across the throat and face, call 000.