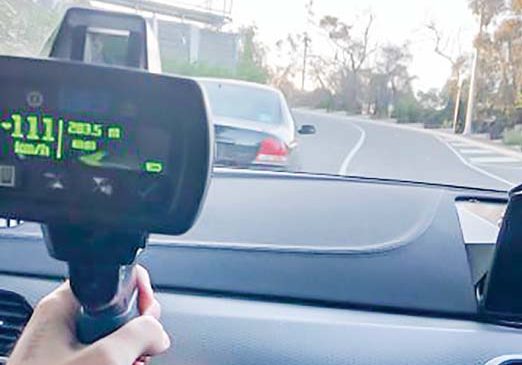 A ROSEBUD man caught driving at an alleged 111kph, pictured, in a 60 zone near the base of Arthurs Seat had his car impounded and will be summonsed to appear in court for driving at a dangerous speed.

The 21-year-old man, of Yarraville, told police he was “on a car cruise and was trying to catch up with mates” about 7pm. He was issued a $620 fine and will lose his licence for six months.