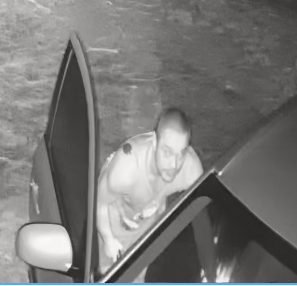 Mornington police are hoping to identify two men after a security camera was stolen from a cricket club in Moorooduc.

Police have been told two unknown men driving a SUV attended the club on Derril Road about 4am on Tuesday 12 November.

It is believed the pair stole a security camera which was attached to a bracket off the wall and fled the scene.

Both offenders are perceived to be Caucasian in appearance and aged 30 to 40-years-old.

The first man had a shaved head and was wearing a singlet top, jeans and grey hooded top.

The second man was wearing a black tracksuit jacket and pants with white stripes down the side of the pants and white shoes.

Investigators have released images of the vehicle and two men who may be able to assist with their enquiries.

Anyone with information is urged to contact Crime Stoppers on 1800 333 000 or submit a confidential report online at www.crimestoppersvic.com.au