Ship another link in hydrogen ‘chain’ 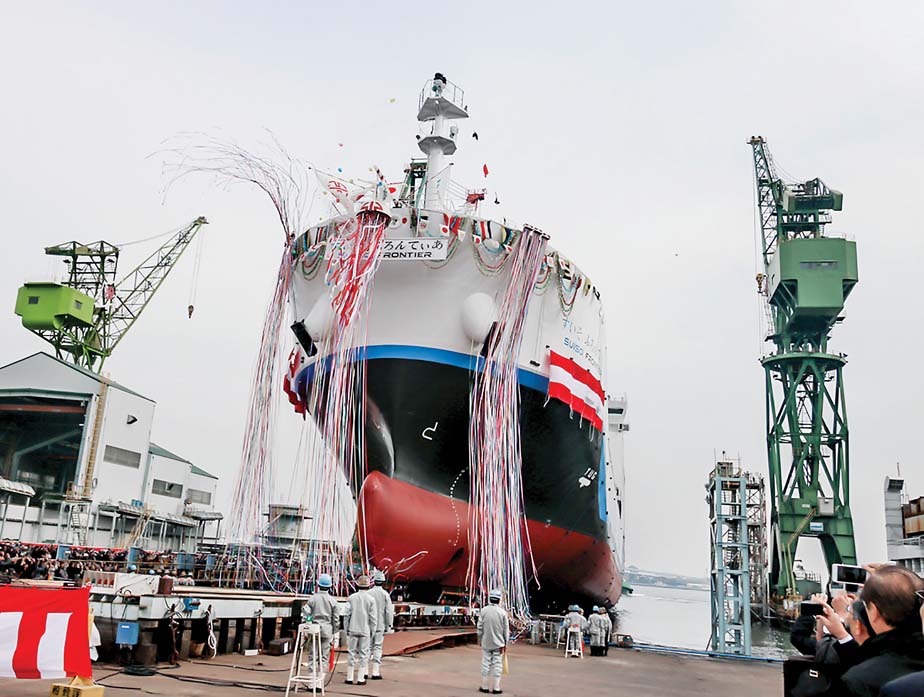 A SHIP to carry liquified hydrogen from Hastings to Japan was launched in Kobe on 11 December.

The ship will be fitted with a vacuum insulated double-shelled tank and is expected to be finished by late 2020.

The launch and anticipated completion of the Suiso Frontier is timed to coincide with completion of a plant in the Latrobe Valley to extract hydrogen gas from brown coal which will be tuned into liquid at Hastings for export to Japan (“Start on Latrobe Valley hydrogen supply” The News 3/12/19).

Kawasaki Heavy Industries last week issued a statement that said the Suiso Frontier was part of a supply chain to ship liquefied hydrogen produced in Australia to Japan.

“It does not emit CO2 or other greenhouse gases during use, and expected applications include power generation, fuel cell vehicles and more.”

Kawasaki and its consortium partners had “the goal of making hydrogen just as common a fuel source as petroleum and natural gas”.

“This organisation has … been pursuing technological development aimed at building an energy supply chain enabling economical and reliable sourcing of hydrogen in large volumes.

The plant to extract hydrogen gas from brown coal is being built at AGL’s Loy Yang mine in the Latrobe valley.

In its statement, Kawasaki said it is “pursuing this hydrogen business as part of its efforts toward sustainable development goals”.

In 1981, it was the first Asian company to manufacture a liquefied natural gas (LNG) carrier, and now “as the world’s first company to complete a liquefied hydrogen carrier it will further its efforts toward achieving a hydrogen society”.