All clear after island fire fright 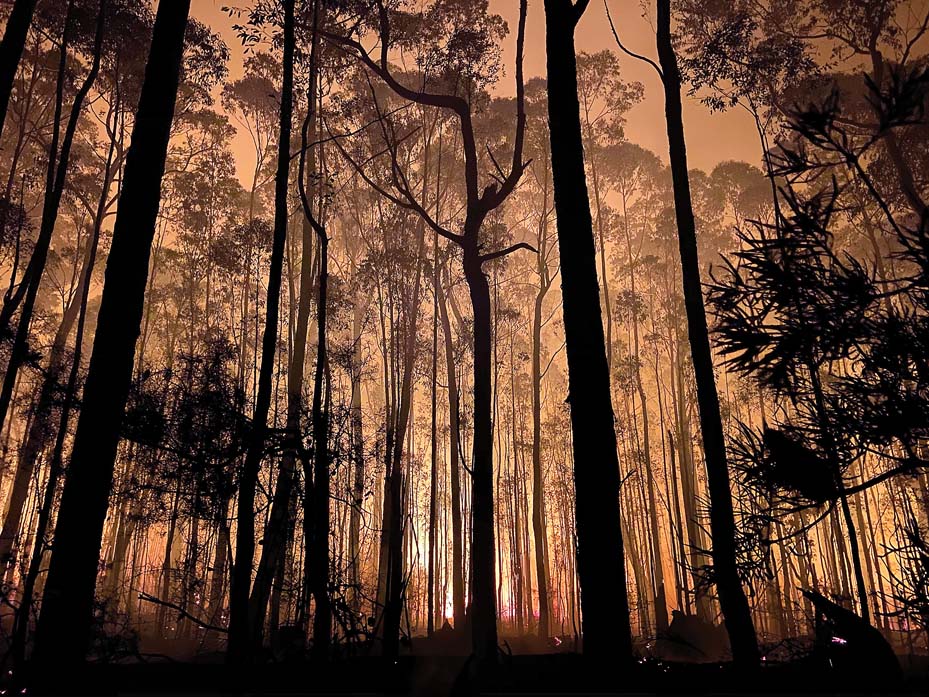 FRENCH Island fire crews were in “clean-up-and-review mode” Monday 20 January after the weekend’s out-of-control blaze that destroyed 87 hectares of bushland and threatened parts of the island’s koala population.

French Island CFA brigade first lieutenant Linda Bowden said cooler weather and rain on Sunday afternoon had brought the situation back to normal after Saturday’s drama in which residents were told to leave their homes and campers evacuated from walking trails on the 170 hectare island.

Dry lightning is being blamed for the blaze which was thought to have started on the previous Wednesday and smouldered for three days before an east-wind change brought it surging to life.

It tore through most of the central area of the island and was heading west when contained, 4pm Sunday.

Ms Bowden said the aerial water bombing was “fantastic” in controlling the blaze but that this service was well supported by ground crews from among the island’s 40 CFA members and appliances brought across from Stony Point by ferry.

“We had a little bit of everything,” she said. “It was a combined effort.”

Linda Guest at the French Island general store said locals were laying low on Monday. “Everyone’s doing fine today after we got rain on Sunday,” she said.

Aerial water bombing had made a big impact on the fire. “They were fantastic; we have to give them a lot of credit.”

The CFA’s deputy public information officer Bec McDonald said only one outbuilding – and no houses – had been destroyed in the blaze.

Ms McDonald said “about 50-60 CFA and Forest Fire Management Victoria firefighters had worked on the fire, and roughly half that number on the overnight shift”.

“Three CFA tankers and three utilities with water tanks and pump units fought the fire, as well as one FFMVic tanker, four utilities and a dozer,” she said. “A bulk water carrier was in attendance and the firefight was supported by aircraft, of course.”

Most of the island’s koala population lives on the densely forested north-east, and only one was found injured in the weekend’s fires. Zoos Victoria took it to Healesville Sanctuary for treatment.