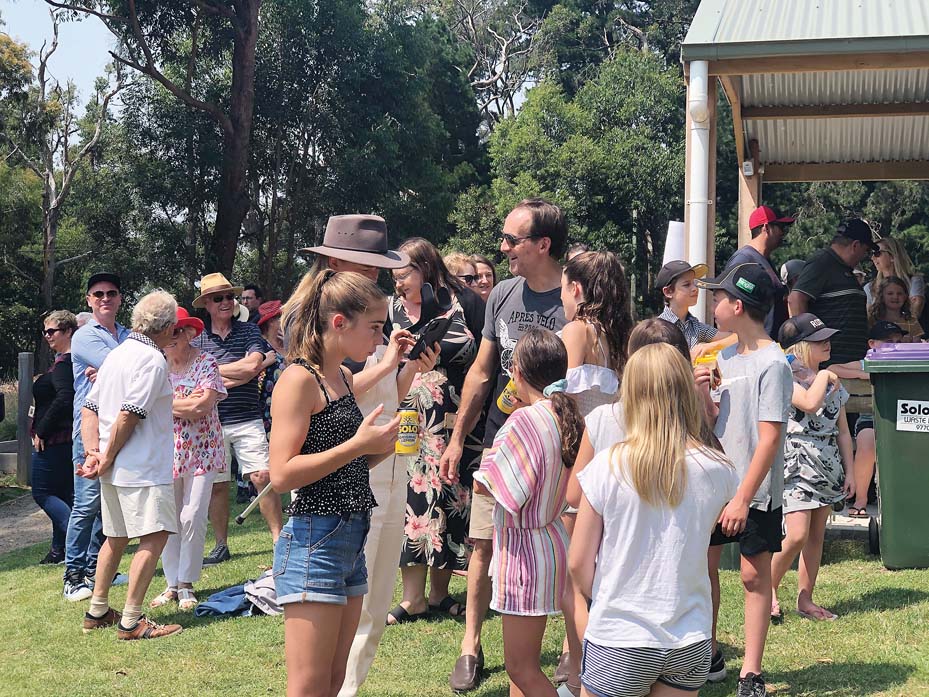 IT was the day community spirit reigned supreme at Main Ridge.

What started out as an initiative by Main Ridge Bowls and Petanque Club to raise money for a thermal imaging camera for the Main Ridge CFA, and hay for fire ravaged Gippsland farmers, turned into an inspiring rally of support on Sunday 19 January.

“At the start we hoped for $5000 to help buy the thermal imaging camera and to buy and transport some hay to the farmers in East Gippsland,” organiser Neville Mallard said. “By the end of the first week I thought maybe we could get $10,000 and when the second week came around in my wildest dreams I hoped for $20,000.

“The response on the day was incredible and we raised more than $10,000 from the auction alone.”

The climax of the event came near the end when Alinta Energy CEO Jeff Dimery announced his company would donate $25,000 for the CFA, which not only covered the balance required for the thermal imaging camera, but money for other firefighting equipment. This brought the total raised to $57,000.

Among the auction items offered was a dinner with Flinders MP and Health Minister Greg Hunt. The fun side of the day centred around the dunking chair, where participants paid for the pleasure of dropping the likes of Mr Hunt, Nepean MP Chris Brayne and First Constable Elisa Fegan, of Rosebud police, into the drink.

Other activities including barefoot bowls, petanque, 15 historic and classic cars, raffles, auction of quality donated items, Devonshire teas and a sausage sizzle, attracted a steady stream of supporters from the day’s 10am start to late afternoon finish. “I’m glad we raised as much as we did, but perhaps even more, I am so proud and so happy to be part of this club and community that is capable of the sort of generosity and spirt we all witnessed at the event,” club president Bill Shearer said.

“When a community like ours comes together, anything is possible.”

Anyone wanting to donate or to help deliver hay to Gippsland farmers can call Neville Mallard on 0412 122 754.