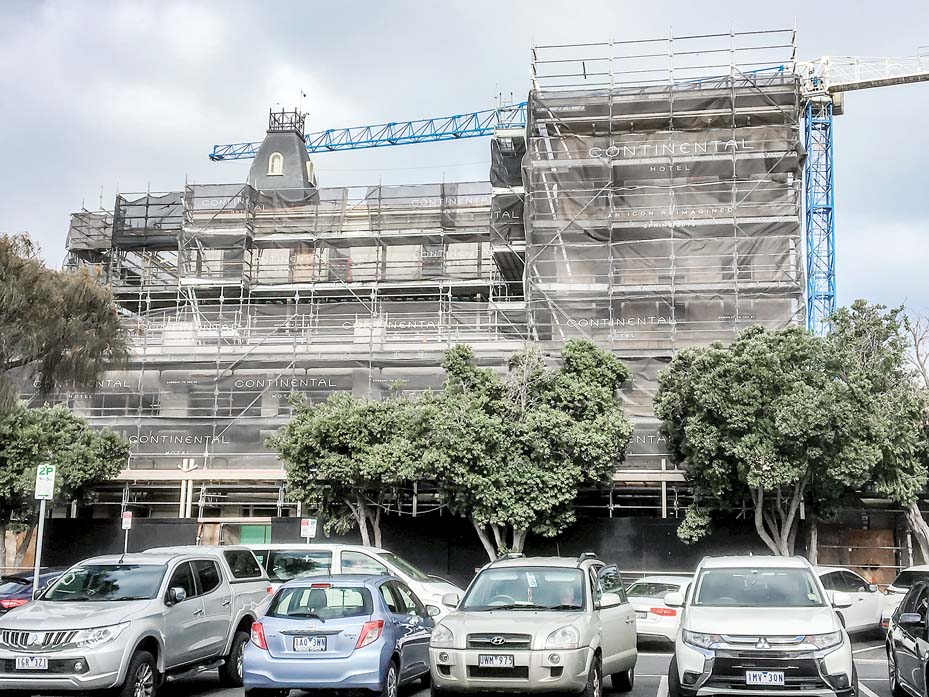 “It is imminent, but there are number of complexities that we are working through,” he said.

“You can say that I intend to start the rebuilding in April.”

Mr Gerner has had a seesaw ride since buying the 1875 hotel for about $15 million in March 2016, gaining contentious building permits, buying strategic properties and then unsuccessfully putting the whole thing on the market in November 2017. He described the project then as “too big to handle alone”.

This was followed by the signing of a joint venture with the Stellar Property Group in December 2017, and that partner’s collapse six months later and then the failure of a sale to LBA Capital in September 2019.

Now, after all this, he is once again waiting – and hoping – his grand project will get off the ground under his new ownership entity The Ocean Amphitheatre Company.

Mr Gerner confirmed that Six Degrees Architects had been appointed to produce documentation with a view to tendering the project – across 0.60 hectares and seven levels. Real estate consultants Point Polaris are managing the project.

“Required maintenance work is ongoing and an ‘army’ of consultants are working tirelessly, targeting a recommencement of construction post-Australia Day 2020,” Mr Gerner said at the time.

He said the development now included a “world class hotel resort as well as car parking, commercial office and a staff accommodation facility at a projected cost of $100 million”.

“In addition to the Continental (less than 20 per cent of the land) we are working on [building] an award winning, sustainable, best practice and green set of buildings to create a wold class hotel.

“Works will recommence on the heritage restoration as soon as a builder is appointed. The scaffold remains at significant cost to me personally on site with a view to [Heritage Victoria] works remaining a priority.”

Mr Gerner denied the historic limestone building was deteriorating despite signs of cracking to the structure.