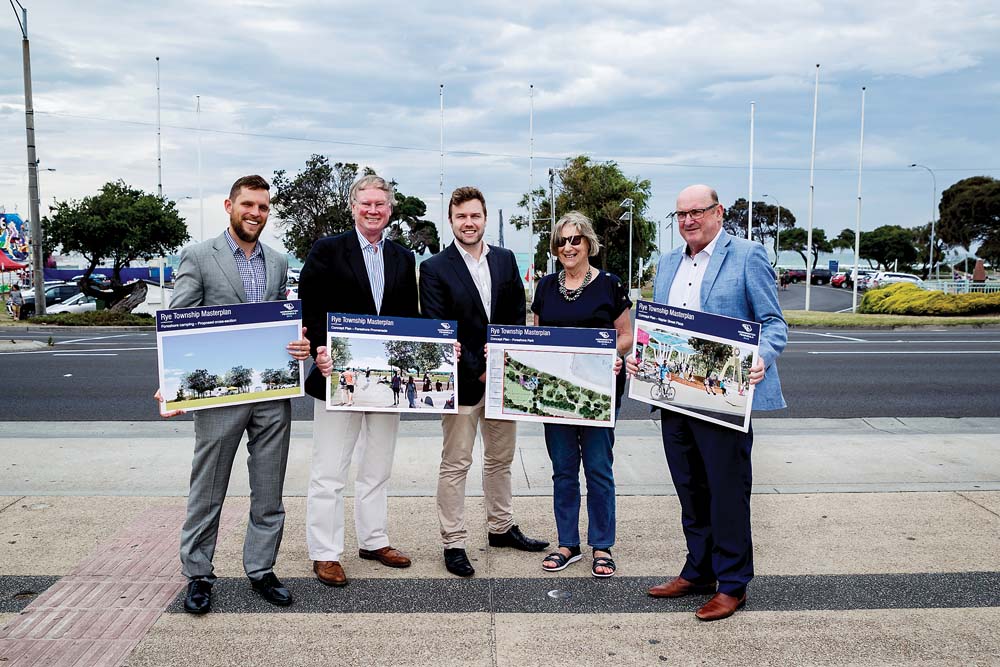 THE Rye Township Plan with $3.25 million is one of three Mornington Peninsula Shire Council projects to receive a share of $4.7 million from the state government.

Local Government Minister Adem Somyurek said the grants were among 32 across the state to share $50m through the Growing Suburbs Fund in 10 rapidly growing municipalities.

The plan aims to rejuvenate Rye’s foreshore promenade and park and the Napier Street Plaza.

“The Rye Township plan will revitalise Rye as a destination town on the Mornington Peninsula – improving local amenities and creating a more diverse and open meeting space,” Mr Brayne said.

“The Rye community, residents and the shire have worked hard on this township plan for years, and I am delighted the Andrews Labor government has been able to secure the funding to ensure it is realised.”

Somerville Active Recreation Hub will get a new skate park, multi-use half court, parkour circuit and trampolines to replace the skate park closed following the basketball stadium fire in 2016.

Tyabb Kindergarten will be upgraded and expanded to accommodate growing kindergarten numbers.

The Growing Suburbs Fund commitment to the shire is $16.9 million for 17 projects over five years.