The vice-regal party was met by the superintendent, Mr. W. L. Hartland, and for three hours worked its way through the thick undergrowth amongst the pines, despite a shade temperature of 106 and fierce sun.

The healthy appearance and wonderful growth of the various pines of the different years’ planting was freely commented on by all.

His Excellency during a halt said, “This is very fine; I would not have missed it for anything, and only regret not having seen it years ago; it is the best plantation I’ve seen yet.”

This from a gentleman who is looked on as one of the greatest authorities and keenest foresters of the day, and who has been closely in touch with the best in forestry for 40 years, not only in Europe, but indeed the world over, and has on his own estates many thousands of acres of fine young plantations, speaks well for the future of our Frankston one.

Mr. Owen Jones, chairman, also expressed his satisfaction with what he saw and the progress made here, and in pointing out the grave danger from fire, said, “The people will have to realise the fact that these plantations and forests are very valuable ones, and that they are the people’s property, then I think they will protect them in every way and especially from the great danger of fire.”

Regret was expressed at the unavoidable absence of the other two members of the Commission, Messrs. H. Mackay and J. Coad.

The party then had lunch, kindly provided in the most liberal manner by his Excellency at the “Depot”, after which the work of inspection was proceeded with, the party visiting the nursery, where nearly all the trees have been raised in past years, but which is not now fully used owing to the plantation area being nearly all planted up, accounting for nearly a million trees, the first plantings having been made in 1910.

On the return journey the party were the guests of Mr. and Mrs. Ennis at their beautiful home, “Cherburg,” where afternoon tea was served on the lawn under a canopy of green, and the good things and surroundings greatly enjoyed by all, and was a fitting finish to a most interesting and instructive day.

We have had visits in the past few years from authorities in other States, and all agree that the Frankston plantation bids to be the finest in Australia.

A LETTER from Mr Ditchburn, replying to the “Standard’s” article re Frankston light, reached this office yesterday.

It will be published next week.

MR. John E. Jones, has disposed of his well-known property, “Little Farm” Moorooduc and on Saturday (tomorrow) Messrs. Brody & Mason will dispose of his live stock, farm and orchard implements, including reaper and binder, chaffcutter, engine and boiler.

Mr. Jones will in future reside in Frankston.

ANOTHER extensive sale is advertised for Thursday, 26th February, when Messrs. Brody & Mason will dispose of the contents of “Earimil” (about 18 rooms) on account. of Mrs. Sumner and. Lady Ryan. The sale commences punctually at 10.30 a.m., and the Peninsula Company motors will run full trips at the rate of 3/- return from Frankston and 2/- return from Mornington.

THE name chosen for the new borough, which is to include portion of the South riding of the Dandenong shire is Carrum.

THE concert held in the Mechanics’ hall Frankston, on Jan 31st, in aid of St Paul’s Church of England, Frankston, was a pronounced artistic, and financial success.

The amount realised being £26.

The Vicar and Vestry are most thankful to all who assisted in bringing the effort to such a successful issue.

IN addition to donations already acknowledged to the amount of £22 15s, the secretary of the Frankston Brass Band has received a cheque for £5 5s from Mr Thomas Baker, making the total to date £27 17s.

As the payments are now due on the installments recently purchased intending subscribers would oblige by forwarding the donations before the end of the month.

FRANKSTON possesses many enthusiastic bowlers, and the fact is greatly deplored that steps have not been taken to provide a bowling green.

Mr, L. Rogers, who has recently taken up his residence in Frankston, could not quietly submit to the prospect of cutting out his favorite pastime, so he hied away to Mordialloc last half-holiday and received a very cordial welcome from the bowlers of that town.

He was elected a member of the club there. which is in a very flourishing position.

Mordialloc is anxious to see Frankston and other bayside towns put down “greens,” and will assist Frankston in every way possible should a move be made towards establishing a bowling club locally.

The time seems opportune to set the ball rolling.

WE record with great regret the demise of Mrs Overton, who passed away yesterday at her residence, Frankston.

Deceased who was 72 years of age, was a very old and highly respected resident of the district and deep sympathy is felt for the family.

THE late Mrs. L. A Martin, whose demise we chronicled last week, was one of the most popular workers in the Mornington branch of the Red Cross Society during the whole term of the war and untiring in her patriotic efforts at all times to minister to the comforts of returned soldiers and those abroad.

She had a charming personality, a bright and happy disposition and a cordiality of expression, which won the admiration of everyone she met.

She was closely associated with her late father (Mr. Alfred Bates) in creating various funds for the purchase of soldiers’ comforts and the “Salmagundi” and tobacco fund originated and conducted by them, received liberal public support.

In church work they were similarly associated in connection with St. Peter’s Church of England.

Before the war, she was affianced to Mr. L. A. Martin, of Moorooduc, who enlisted for active service with the Veterinary Corps in Egypt and Palestine, and just twelve months ago, shortly after his return, they were married in St. Peter’s with much military eclat, the popular bride receiving many manifestations of public affection and goodwill.

The church was filled with mourners on Tuesday afternoon, when the funeral service, was conducted by the Rev Archdeacon Aickin, who delivered an impressive oration.

The remains were followed to the cemetery by a numerous cortege and the body consigned to the grave by the same rev. gentleman.

FROM the pages of the Mornington Standard, 20 February 1920 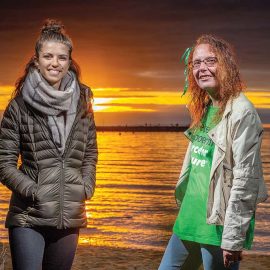 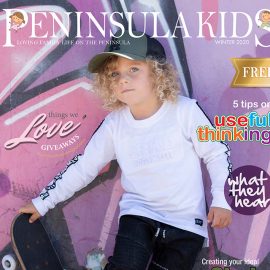 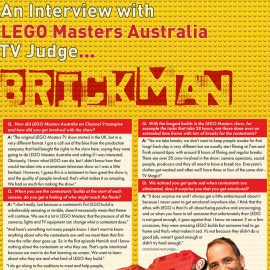 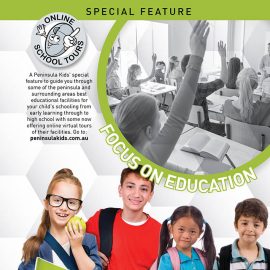