Group One glory for Mornington trainers 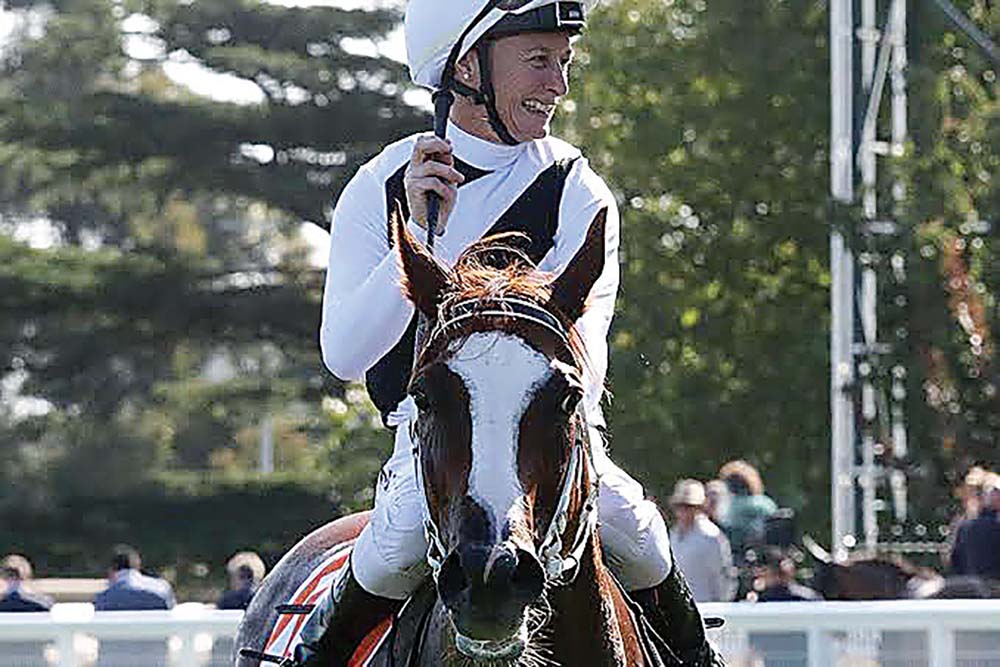 Day of Firsts: The John and Chris Meagher partnership win their first Group 1 as a team with Pippie taking out the Group 1 Oakleigh Plate with Linda Meech aboard. She becomes the first female rider to win the race. Pictures: Supplied
Share
Facebook Twitter LinkedIn Pinterest Email

MORNINGTON-based racehorse trainers had a stellar day out at Caulfield on Saturday 22 February having claimed two of the three Group 1 events, and finished runners-up in the featured Group 1 Blue Diamond Stakes.

The John and Chris Meagher training partnership landed their first Group 1 victory as a team with their speedy mare, Pippie, in the Oakleigh Plate while a well-executed late nomination for the Group 1 Futurity Stakes paid dividends for trainer Shane Nichols as the gutsy Streets of Avalon clung on to win the $500,000 contest.

The Meagher camp utilised the excellent front-running jockey, Linda Meech, to record what is now the fastest-ever win in the Oakleigh Plate (1100m) with Pippie clocking 1:01.93 for the Group 1 sprint. Meech’s winning ride was also the first time a female rider had won the Oakleigh Plate.

The inside rail bias played perfectly into the hands of the naturally quick Pippie who flew from the gates and comfortably took up the lead from her wide draw. Running her rivals ragged, Meech let Pippie coast along at her own will before asking for her final effort with 200m to go and gave nothing else a chance.

The four-year-old daughter of Written Tycoon held a half-of-a-length margin over the Ellerton/Zahra-trained Zoutori with Crystal Dreamer a further length away in third.

Co-trainer Chris Meagher said they always thought Pippie would improve off of her last campaign.

“Last time in I said she would go out a little girl and come back a group up woman, and today she was obviously pure speed and was too good which is a magic result,” Meagher said post-race.

“I said to Linda just handlebars down as soon as the gates open. She’s (Pippie) just pure speed, and when fresh, she’s extra, extra special.”

The win also gave Meech her second Group 1 victory since claiming the Coolmore Classic at Rosehill aboard Plucky Belle almost five years ago.

A brilliant front-running ride by Ben Melham also worked wonders for the Shane Nichols-trained Streets of Avalon who dug deep to hold off the talented three-year-old, Super Seth, in the Group 1 Futurity Stakes.

It all worked out perfectly for trainer Shane Nichols who decided to have a crack at the race after noticing a lack of speed in the entries.

“We knew the noms weren’t strong or big in numbers so we didn’t nom on the Monday and on the Tuesday there didn’t seem like a natural leader in the race,” Nichols said post-race. “He was good, so we put in a nom and here we are on our way to The All-Star Mile.”

The victory not only takes Streets of Avalon’s prizemoney to over $1.15 million but it also provides the five-year-old gelding with a ballot-free entry into the $5 million All-Star Mile (1600m) at the same track in three weeks’ time.

Nichols said he might make a couple of adjustments to help his galloper see out the mile better than before.

“We might change the gear on him as he doesn’t really get it (1600 metres). We might take the blinkers off him or put on a visor or something.”

The Anthony Freedman-trained colt, Hanseatic, also ran a super race to finish runners-up to the Busuttin/Young-trained, Tagaloa, in the Group 1 Blue Diamond Stakes for two-year-olds.

The Godolphin-owned galloper was given a brilliant ride by replacement jockey, Tim Clark, but just couldn’t reel in the winner in the concluding stages.

Pinecliff, Mount Eliza trainer Grahame Begg also had a successful day at Caulfield with the inform mare, Miss Siska, saluting in the final race of the day – the Group 2 Peter Young Stakes.

The younger sister to star sprinter, Hay List, will likely head towards the Group 1 Australian Cup (2000m) on Saturday 7 March where she’ll meet a similar field to the one she beat on Saturday.

Begg also had Nonconformist run a brilliant race in the Group 2 Autumn Classic earlier in the day where he finished runners-up to Adelaide Ace who led all-the-way.