Mornington sailors take on the world 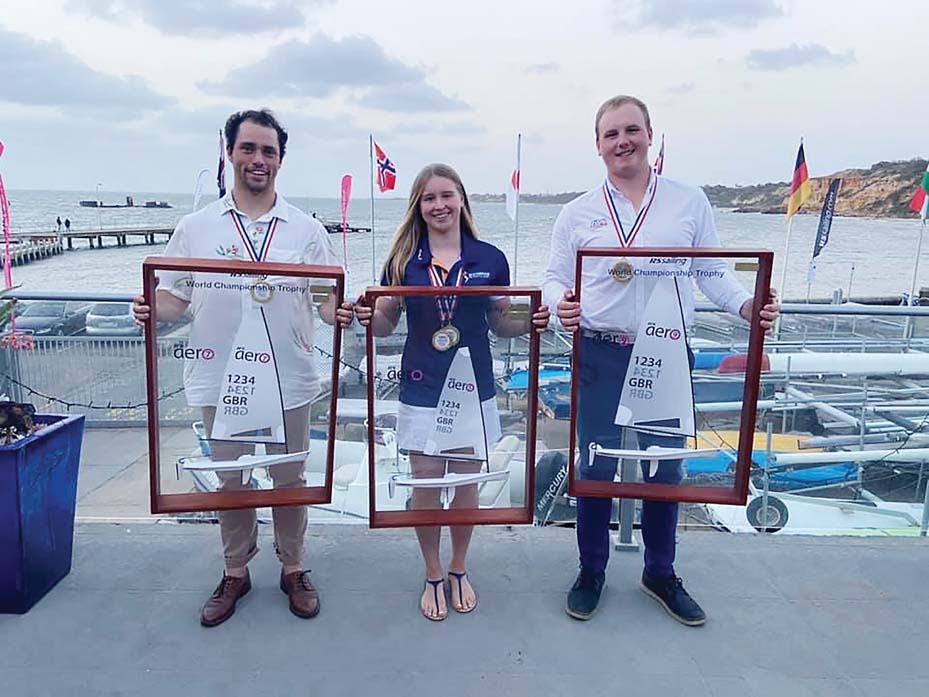 SAILORS from the Mornington Yacht Club have arguably had their most successful sailing season in the club’s 74-year history.

The club gives credit for the successful campaigns to its training and development coaches. They worked hard to develop the young sailors’ skills before they were selected for advanced training. Three were then included in the Victorian Institute of Sport program and another six in the Victorian Pathway program.

Sophie Jackson won the world RS Aero 5 Title at Black Rock Yacht Club and Rhett Gowans won the Aero 7 Title. They began sailing at Mornington and progressed through various classes before taking on the Aero. They will defend their titles at the next world titles at Cascade Locks in the United States. The single sailor dinghy has become popular since being designed in the UK in 2014 and has been selected for the 2024 Olympics.

The Etchell has attracted some of Australia’s best sailors, including John Bertrand, Iain Murray and Tom Slingsby. Mornington’s Graham Taylor won the national titles at Royal Brighton Yacht Club in January with Murray second and Bertrand third. Taylor has won two national titles, at least five Victorian titles, and one NSW title. He also came second in the most recent Etchell World Championships at Los Angeles. As well as sailing Etchells he has crewed on leading boats in the Sydney to Hobart yacht race and has assisted the club run regattas.

420 Class sailors James Jackson and Lachie Caldwell placed second in the national championships at Mornington. “Over the years the club has received many favourable comments on its ability to run major regattas and several years ago we ran the largest regatta for juniors in the southern hemisphere: the Australian Optimist Championships,” club member Stuart Gooley said.

With the Tokyo Olympics approaching many international competitors are taking the opportunity to visit Melbourne as a part of their training.

Perhaps the best example of this is in the single handed Laser class which is competing in the Olympics. About 270 sailors competed in the national championships at Sandringham last month as a lead up to the world titles there later this month. Several Mornington club members have gained international experience sailing Lasers over the past two months.

Mornington Yacht Club is developing the sailors of the future by hosting the Victorian Junior Carnival in conjunction with the annual Schnapper Point Regatta attracting 140 young sailors from around the state. The regatta is a fun entree for youngsters combining a sailing experience with fun games and novelty events.

The regatta provided competitive sailing in the Laser, 420, 29er, and Aero classes for the more experienced juniors.

Mornington Yacht Club’s Discover Sailing Day for people of all ages is at 5.30pm, Thursday 27 February. No experience is needed and boats will be provided. “This is how our current world champions started their sailing careers; it may be the start of yours,” Mr Gooley said.