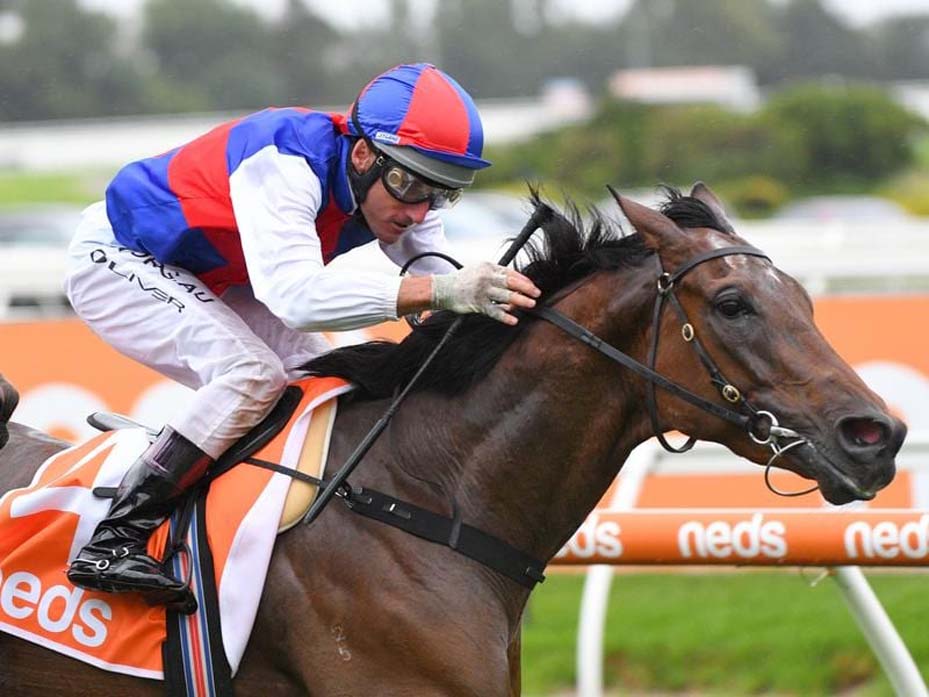 TWO up-and-coming stayers are set to clash once again in the $350,000 Mornington Cup on Saturday 21 March.

Mornington-trained galloper Just Benjamin from the Anthony Freedman stable will be looking to turn the tables on Michael Moroney’s English import, Aktau, after tasting defeat last start at Caulfield.

The pair faced off in the $135,000 Keno Classic Handicap (2000m) on Saturday 22 February where Just Benjamin jumped as the favoured runner in the field.

Just Benjamin, a former UK galloper, was caught three-wide without cover throughout the race on a track that favoured runners that were leading or on the fence on the day. The Michael Moroney-trained Aktau got the dream run from the inside barrier to settle just behind the leader, Inverloch, who ran along at a steady tempo.

Aktau eventually wore down the leader to win the race while the Freedman-trained runner fought hard to finish in fourth.

Assistant trainer Sam Freedman was full of positivity when looking back on the run.

“In hindsight now, his run was really good and we’re happy with his performance,” Freedman said.

“He’ll go to the Mornington Cup as a light-weight chance and with the weight swing we’ll get on a horse like Aktau, we’d be confident of turning the tables.”

Since moving to Freedman’s picturesque set-up at Pinecliff, Mount Eliza, Just Benjamin hasn’t put a foot wrong and has continued to thrive in his new surroundings.

The four-year-old son of Epaulette had shown plenty of promise in his five career starts in the UK which included two blistering victories and two second placings. He was purchased to target the major Cup races in the Spring, with a victory in the Mornington Cup providing ballot-free entry into the Group One Caulfield Cup.

Similarly, Aktau was purchased after winning his first race at his fourth start during Glorious Goodwood over 2253 metres in last August. He has since won two of his three Australian starts.

Trainer Michael Moroney said that there is still plenty of improvement yet to come for his imported galloper.

“We were warned when we got him that he was hyperactive, and he was gelded quite early before we got him, which is very unusual for the English, they usually keep them as colts,” Moroney said.

“He’s got a lot of improvement in him and it’ll be interesting to see once we get him over his right trip, if he’s going to relax going to Australian pace.

“You can see he’s a big, leggy frame of horse without a lot of flesh and he’ll get that flesh eventually once he gets strong. You’d say his mind and body are about equal, they’re both a bit behind.”

The Mornington Cup day will likely go ahead without a crowd as was the case last weekend at Caulfield. It comes following the announcement by the Federal Government that non-essential gatherings of more than 500 people are not permitted from Monday 16 March.