Top of the table Tigers take control, Stonecats in charge 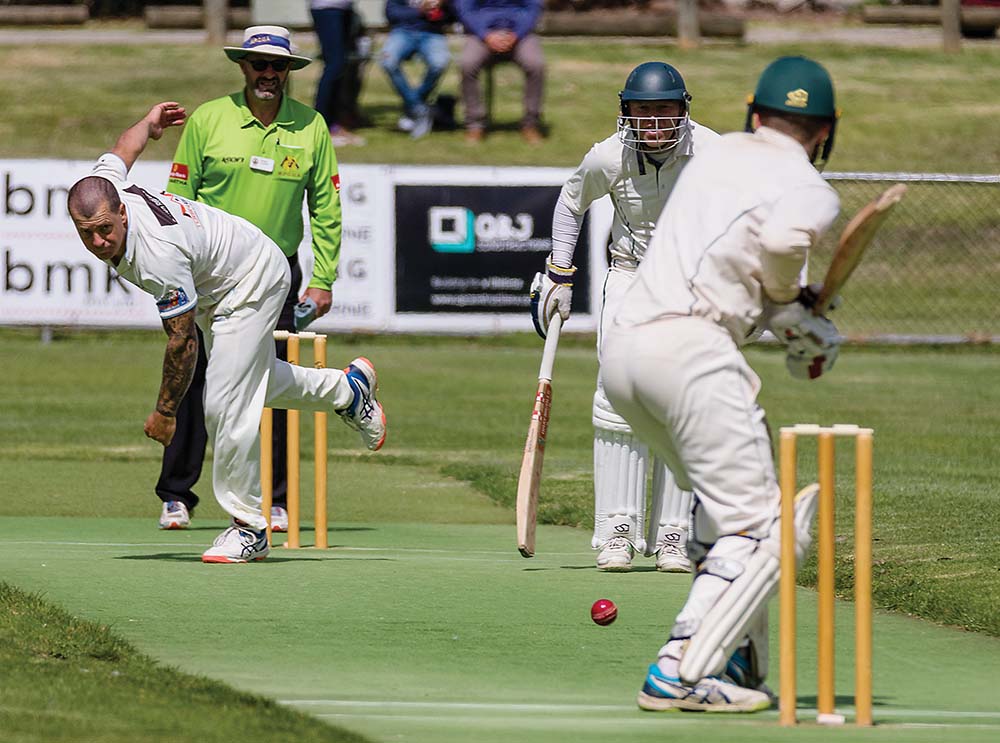 RED Hill hosted Pines on Saturday as semi final matches got underway in the MPCA.

The Hillmen won the toss and chose to bat first. They got off to a horrible start, losing their opening three batsmen for a combined total of just fourteen runs.

Star player Simon Dart came in at number four and put together another good innings. He hit 56 runs from 179 deliveries to help get his side back on track after their shaky opening.

Brent Martin also played well for Red Hill during their first innings, putting 46 runs on the board. The knock was his best for the season.

Red Hill finished the day at 9/190. Pines will open the day with the bat on day two next weekend.

Somerville played host to Long Island in the other semi final clash in the Peninsula division.

Long Island came in to bat first, and ended up being dismissed for 162 runs.

Somerville responded strongly, and finished the day at 2/59, in the box seat to claim a Grand Final spot.

SEAFORD Tigers have set themselves up for a likely Grand Final berth after a good performance against Crib Point.

The two sides faced off at Belvedere Reserve on Saturday, with the Tigers choosing to bat first.

At the close of play, the Tigers finished at 9/245. Crib Point will have to work hard on day two to catch up to the top of the table Tigers.

Playing on the road, Delacombe Park set Dromana a target of 173 to chase down.

Delacombe Park were dismissed with 10 overs left to play for the day. Dromana bowler Ben Brittain did most of the damage, taking a five wicket haul.

Dromana got their first innings started before stumps, and will restart on day two from 1/11.

FRANKSTON YCW look set to face Seaford in the Sub District division Grand Final after a one sided day of cricket on Saturday.

At Peninsula Reserve, a dominant Stonecats showing put them within a fingernail of a Grand Final appearance.

Boneo chose to bat first, but had no answers for a strong YCW bowling attack. Number three batsman Mitchell Smith dug in, scoring 23 from 129. He didn’t get any help from his teammates though, with his being the only double digit score of the innings.

The Stonecats came in for 22 overs before stumps, and finished at 4/65. They will need just three more runs on day two to claim the win.

A mammoth score of 167 from Ryan McQueen helped Seaford to a huge total of 296 against Tyabb.

The Yabbies played eight overs before stumps, and will get started again on day two from 1/10.

MOUNT Eliza are within reach of a Grand Final berth after a good performance against Langwarrin.

Mount Eliza chose to bat first on Saturday, and put on a good show. Justin Grant was easily their best, contributing 77 runs to the total.

Mount Eliza finished the afternoon at 2/229, giving Langwarrin a difficult mountain to climb.

Robbie Lancaster was the best bowler for the day, taking 4/57.

At David Macfarlane Reserve, Sorrento put on a good show against Peninsula OB.

The Sharks were bowled out for a defendable total of 191. Robert Wilson was their best, scoring 76.

The bowling efforts of James La Brooy kept the Old Boys in contention. He posted figures of 6/46, close to his best ever for his club and his best for the season.