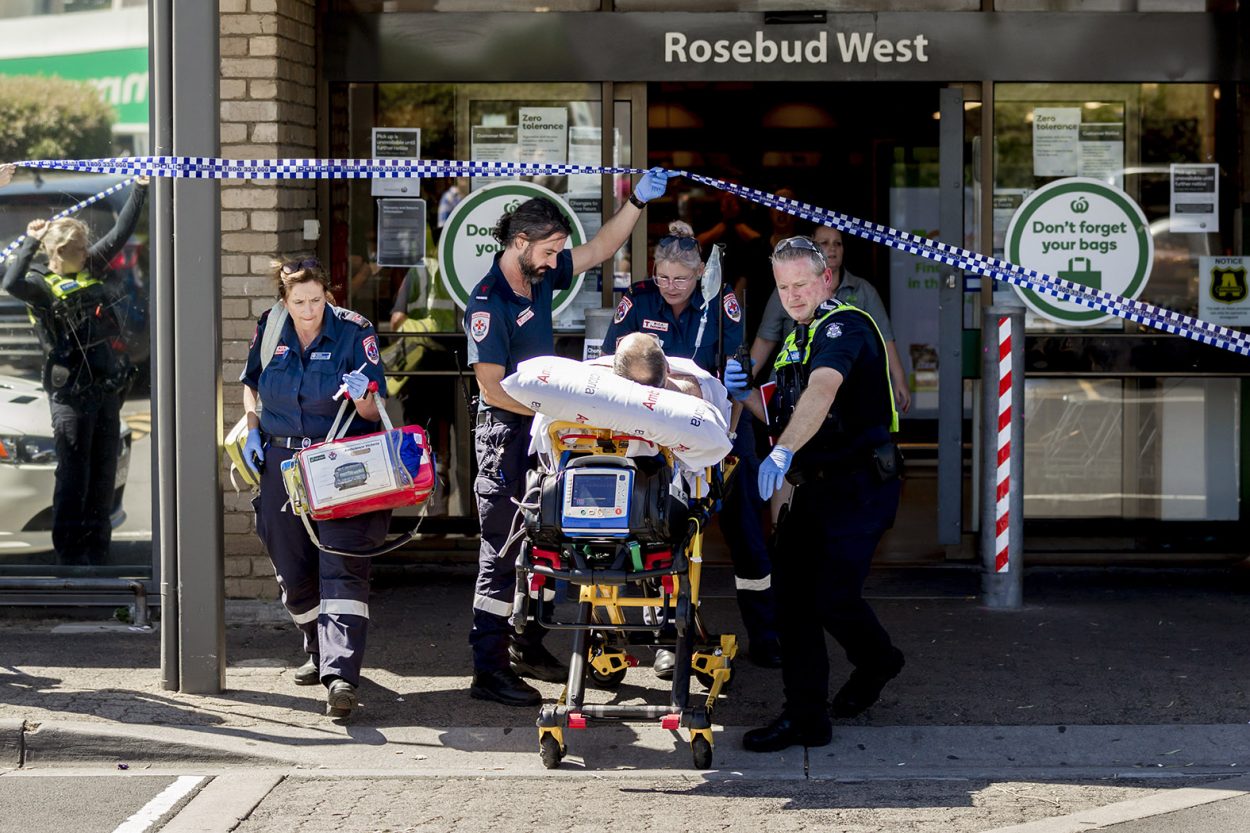 A ROSEBUD man who allegedly stabbed a Woolworth’s supermarket staff member has been charged with intentionally causing serious injury and other assault-related charges.

The 25-year-old, who was arrested in nearby Sixth Avenue, was remanded in custody to appear at Melbourne Magistrates’ Court at a later date.

The incident occurred while the staffer was collecting trolleys in the car park of the Rosebud West supermarket, 1pm, Tuesday 17 March.

Detective Acting Senior Sergeant Steve Reidy, of Somerville CIU, said the 37-year-old was stabbed in the lower body. He was taken by Air Ambulance to The Alfred hospital with non-life-threatening injuries and was said to be in a stable condition Wednesday morning.

Police cordoned off the area and the store was closed for the remainder of the day.