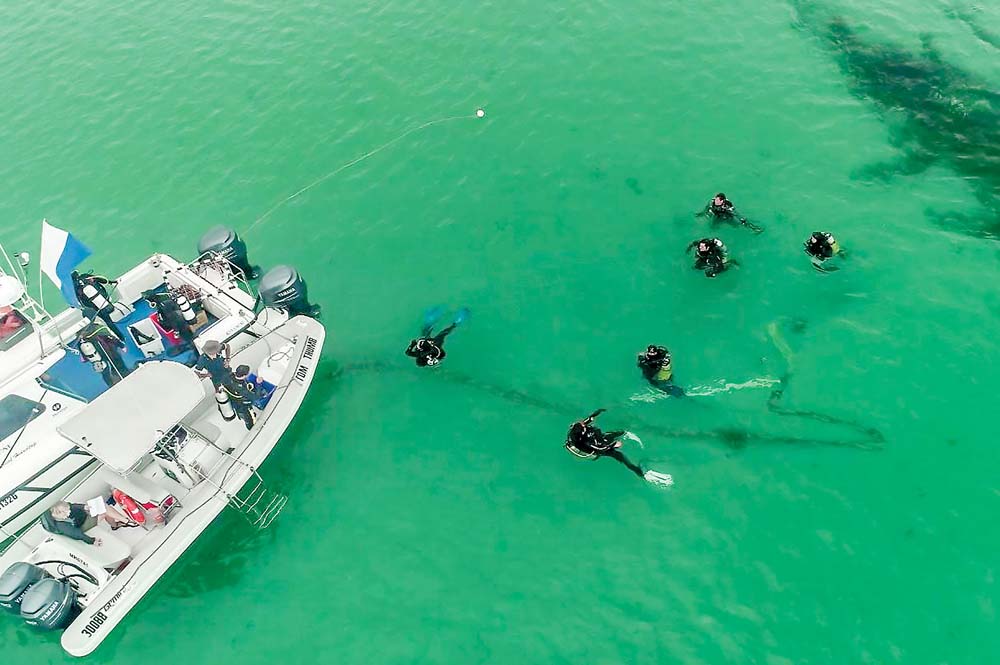 A STUDY of the wreck of a small Australian-built ship off Rye has helped Flinders University maritime archaeology students reveal more of the history of early timber vessels in Victoria.

The students from South Australia partnered with Heritage Victoria and the community-based Maritime Archaeology Association of Victoria to investigate the wreck of the Barbara sunk near the pier in 1853.

The ship was built along the Tamar River in Tasmania by Joseph Hind in 1841 and operated as a lime trader in Port Phillip. The making of lime and its shipment to Melbourne for brickmaking was one of the southern peninsula’s early industries. “We also excavated small sections of the wreck that allowed us to document the construction methods and wood species used,” she said.

Heritage Victoria’s boat Trim was used to carry personnel and equipment to the wreck site, and act as a dive and safety platform for divers working on the site.

Wood, metal and fibre samples collected from the wreck have already shown that the Barbara was built from timbers found in Victoria, NSW, northern Australia, Western Australia as well as Tasmanian blue gum.

“This is possibly the first time such a wide variety of timbers have been found in an Australian built vessel,” Ms Van Duivenvoorde said. “It indicates that early shipbuilders had developed a detailed knowledge of the properties of indigenous timbers appropriate for shipbuilding.

“We are still waiting for the results from the metal and fibre analysis.”

Data collected will be included in Heritage Victoria’s records and added to the story of Australia’s history. A report will be compiled later this year.