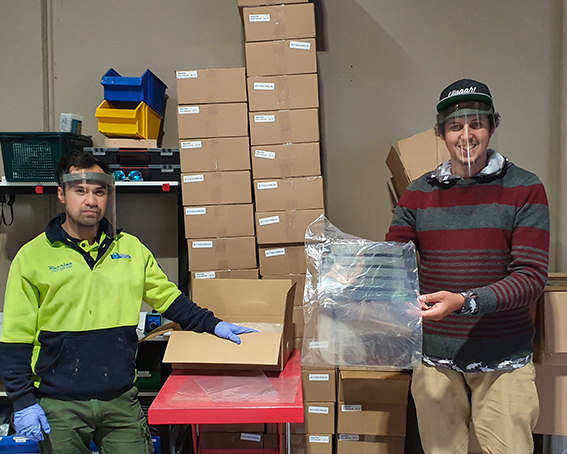 IN the past week and a half, a small factory in Somerville has made 10,000 plastic face shields to protect workers during the COVID-19 crisis.

Martyn Gittens said that his company, BerleyPro, which normally makes equipment for kayak fishing and visors for fish finders, could easily switch to making the medical shields.

“It was really fun to ramp up and now we’re almost out of control,” he said on Monday. “I knew we had to run with it as so many people needed them.”

Buying and sourcing materials was easy at first but had become problematic since the federal government last week put out tenders for medical supplies which led larger companies to start “buying them all up”.

Mr Gittens said three hospitals had ordered the face masks while he had given them free to many workers who needed them in their regular jobs.

“We’re creating jobs in a time of need,” he said. “Usually we have three or four people and now we have five working round the clock and we could even step this up.”

Mr Gittens said 1500 of the masks had been donated to companies and hospitals and orders had been received from all over Australia, the US and New Zealand.