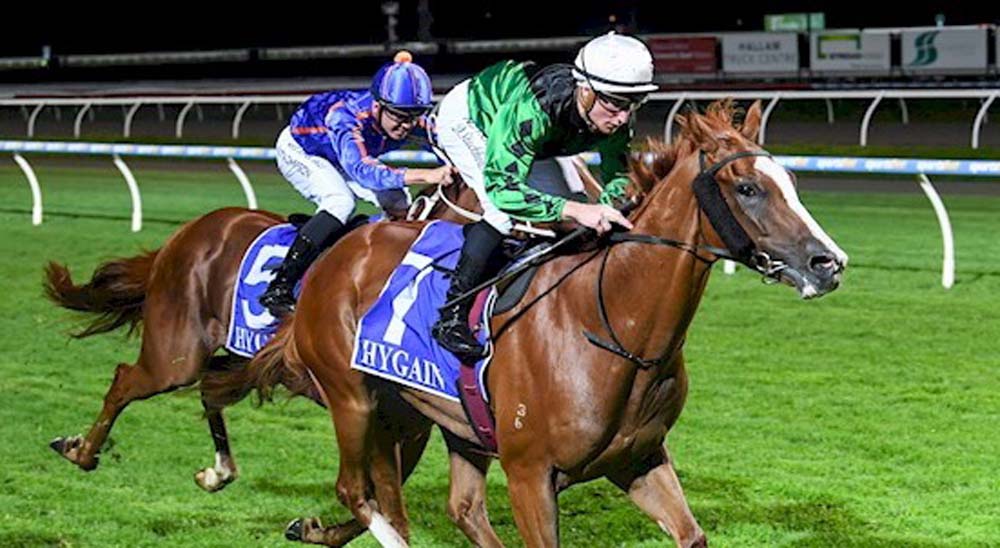 THEMOONLITEGAMBLER is right on track for the South Australian Derby in May for Mornington-based racehorse trainer John McArdle.

While Dalasan looked to get the dream run through the field, Themoonlitegambler was caught three-wide with cover for the entire race before turning into the straight five to six-wide. The Mick Huxtable-trained, Perfect Route, held onto second placing but McArdle’s gelding was gallant in defeat to continue to run through the line after having a tough run throughout.

Trainer John McArdle said it was a massive effort from Themoonlitegambler given the run that he had.

“He ran huge,” McArdle said. “He covered a massive amount of extra ground and should’ve run a clear second. I don’t know if he would’ve been able to beat Dalasan over 1800m, but he should’ve finished a clear second.”

“It’s never perfect when you’re four, five and six-wide, but he seems to have come through it well. He’ll have three weeks into the Chairman’s Stakes and then two weeks into the Derby so he’s heading in the right direction.”

Themoonlitegambler will likely face Dalasan again in the Chairman’s when they step out to the 2000m for the first time, before heading to the 2,500m of the South Australian Derby.

McArdle said he has no worries with his gelding stepping over further.

“He’ll certainly run out the 2000m of the Chairman’s I would’ve thought – he went close to running that yesterday,” he said. “You don’t know for sure until they do it, but he looks as though he will.”

Themoonlitegambler is lightly raced having only had the six career starts and has only missed the placings once in his career to date. His rating currently sits at 67.