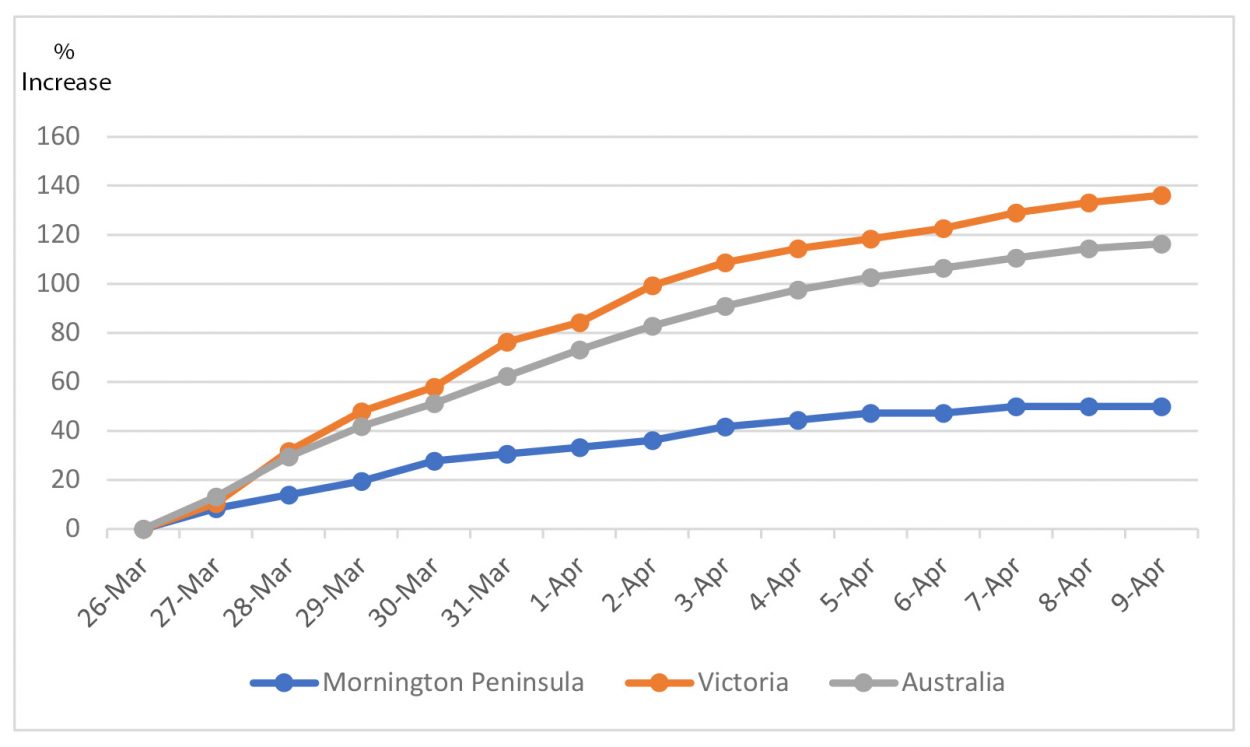 It was 15 days ago that the Mornington Peninsula was shocked out of complacency with the first release of COVID-19 case data split into Local Government Areas.

The Mornington Peninsula’s tally of 36 cases on 26 March placed them as the second highest LGA in the state.

But the 15 days since have seen the peninsula aggressively “flattening the curve”, and trending much lower than either the state of federal figures.

Today’s peninsula figure of 54, unchanged for three days, equates to a 50% increase in the last 15 days.