Fears of rise in family violence 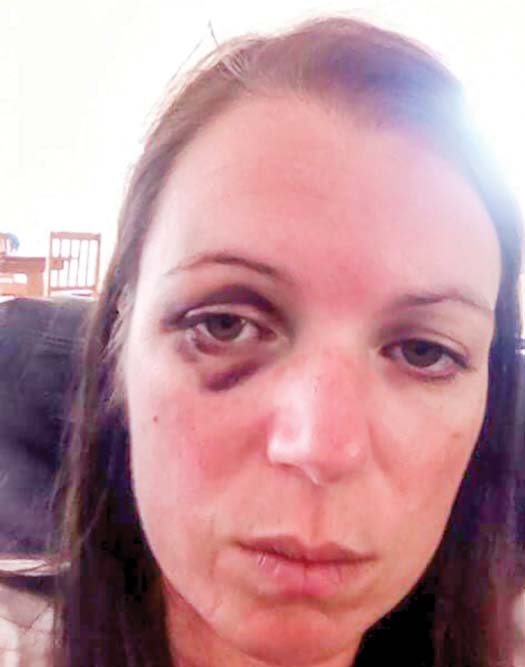 A DROMANA woman who has been volunteering as a family violence victim advocate for the past three years fears enforced isolation because of the COVID-19 pandemic may lead to an increase in abuse.

Geraldine Bilston said isolated living, less contact with people outside their homes, financial pressures and unforeseen stresses could mean “we are now bracing for an increase in domestic violence on the Mornington Peninsula”.

As a survivor of domestic violence who fled with her daughter from a “man we should have been able to trust and feel safe with”, Ms Bilston said she experienced many forms of family violence.

“He ran us off the road in his car a day after I escaped the relationship,” she said. “Before I left I was physically assaulted and abused after enduring years of emotional abuse, which had been escalating during our relationship.”

Her attacker was initially charged with assault causing serious harm, several breaches of an intervention order, and conduct endangering lives. “However, his lawyer got a plea deal with the police prosecutor where he pleaded guilty and the charges were downgraded to general assault, one charge of persistently breaching an IVO, and dangerous driving,” she said. Through her role as an advocate, Ms Bilston said many women were messaging her and disclosing emotional abuse and controlling behaviours occurring within their relationships.

“As we move further and further into isolation, with heightened stress and tension, I worry about how these abusive partners and situations are going to escalate,” she said.

Ms Bilston said that as a community “we have to stay physically distanced [but] we should remain socially connected to one another – particularly with those we know who are vulnerable, including people we care for that we know or suspect may be experiencing forms of family violence”.

“This includes our family, friends and our neighbours. Stay vigilant, stay in contact via telephone/social media/the internet, and check in regularly with these people,” she said.

Recent statistics show an increase of 75 per cent of Google searches on domestic violence in NSW. “There are several articles floating around about this statistic,” she said. “Unfortunately, I have not seen anything released on Victorian statistics as yet.”

Other articles, from overseas, highlight alarming increases in domestic violence, especially in countries where much harsher isolation rules are being enforced: Intolerable living conditions are resulting in unprecedented abuse. Victims are neither being seen nor heard.

“I have been advocating for change for three years and, at the start of this year, joined the Victim Survivor Advisory Council which gives people with a lived experience a voice in family violence reform, improvements to services and support initiatives,” Ms Bilston said.

She has “never felt more grateful for the safe and happy home” she and her daughter are isolating in. “But I am also absolutely heartbroken and sick with worry for those who do not have the same,” she said.

“I would like to encourage anyone who may be experiencing family violence to stay connected to other people outside of home. Try to create a safe world with someone close to you to go to if you need to escape in a hurry. Also, reach out to support agencies, however, you are able, whether that be by phone or online,” she said.

Ms Bilston recommended Orange Door at Frankston and Safe Steps as places of refuge, comfort and advice. “By all accounts these services are brilliant,” she said.

If you or someone you know is experiencing family violence and/or sexual abuse call 1800 737 732.